I had been friends with Ronnie for a few years when we started dating.

He was an older guy and I had no idea about one of his problems.

It was our first or maybe second date around Christmas time one year. He had high blood pressure and was on medication for that.

But that wasn't his problem that introduced itself on this date.

He knew I had chronic asthma but I didn't know that he had to take Viagra to get ready for intimacy and that he had to know ahead of time if he was going to get lucky so he could take the pill well in advance.

So much for spontaneous romance.

We went to dinner and that was fine, then kissed as we sat on the couch back at his place, watching a movie.

He told me about his little blue pill requirement at this point and hinted at the fact that he might want to take things to the next level.

He noticed I had to keep using my inhaler throughout the night and was concerned that I wasn't okay.

I was worried too, having been in the hospital seven times for asthma since 1992.

I was having one of those dreaded episodes that I'd had so many times in the past when, for some reason, my inhaler wasn't working to take away my continuing asthma attack.

Finally, in the middle of lying across his bed, kissing, midway through the movie I realized I was going to have to go to the ER and get a breathing treatment since my breathing machine at home had died a few months before.

He rushed me to the hospital and halfway there he began chuckling to himself.

"Well, I think my Viagra just kicked in," he explained, smiling.

"Oh," I said, breathlessly, as we got closer to the ER.

Once at the hospital the nurse took me back right away and Ronnie sat with me as I did a breathing treatment.

He started laughing to himself again.

"What is it?" I asked, taking the mouthpiece out of my mouth for a second.

"Well, my Viagra has definitely kicked in," he said, looking at the floor, awkwardly.

"Is it uncomfortable?" I asked.

And so it was on the night before one Christmas Eve I sat in the ER puffing on a nebulizer mouthpiece while Ronnie sat with a problem all his own.

Hopefully, the respiratory therapist was none the wiser.

Needless to say, Ronnie didn't get lucky that night. 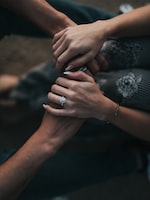 What to Wear on Your First Date 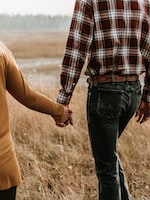 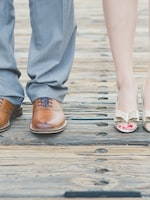