I have a friend who wakes up at noon everyday and proceeds to beautify for approximately five hours. When I first met her she was a very interesting person who was passionate about archaeology and the evolution of punk rock. Now she painstakingly ensures that her mascara is applied perfectly, that her clothes accentuate every curve, and that her toenail polish is evenly applied. She is gorgeous and she reaps the initial benefit. When we walk into a drugstore together all the male clients and employees stare at her as if she holds the key to a secret world full of kindly Playboy bunnies, ointments that cure mid-life crises, and lakes that are filled to the brim with beer. Yet once a worthwhile guy has been out with her three or four times, he breaks it off. Why would any male in his right mind leave this jewel of a woman? Because she is boring to him. Although my friend's physicality is flawless, her personality is lacking because she focuses all of her time, energy, and thought on airbrush tanning, make-up appliance, and shopping. While a man may initially be attracted to a woman's looks, he will ultimately love a woman whom he finds interesting and admirable.

Some women believe that sharing every tedious event of their daily life with a man is the key to forging an intimate relationship. This is almost always wrong. When smothering enters into a relationship the mystery and excitement of new romance dies. It is important for both men and women to continue to develop individual interests while in a relationship. I once knew a girl who was dating an avid kite flier. Although she did not particularly enjoy kites, she abandoned all of her favorite hobbies in order to spend every waking moment in the park with her beau. Instead of appreciating her support, he ultimately dumped her because she was no longer her own person and he found her dull.

Women who make frequent, unrealistic demands of men are usually dumped. One of my male friends in college was made miserable for months on end because he was seeing a demanding girl. She was constantly giving him ultimatums like "if you don't quit the soccer team I'm going to leave you" and "if you spend time with any other female friends I'm going to leave you". Well, guess what? After a great deal of aggravation on both their parts, she did not leave him. He left her. A relationship should not be a dictatorship, it should be a mutually beneficial partnership.

There are, of course, many other reasons that relationships fail. However, I have witnessed women make the three aforementioned mistakes time and time again and hope that this article will prevent others from succumbing to these frequent relationship pitfalls. 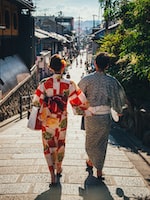 A Guide for Men Accompanying Women to Outlet Malls 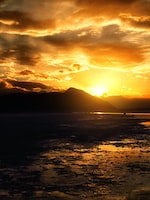 Why Are Courts So Biased Against Men 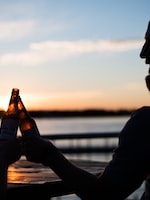 When Sex With a Spouse Becomes a Duty 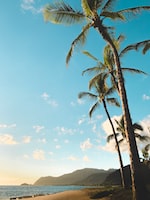 Dating Misconceptions Men Have About Women