Growing up in Chicago one would think that I would have a more diverse friend base, have dated more men and women of color, but the reality was until about college- living in the suburbs things hadn't changed much from our parents generation. I grew up with a family that hadn't had particular experiences with other races other than "a guy at my work is said race" or "there are a few Black kids in my classes at school." In fact at church there was the first interracial couple I remember seeing as a kid and my grandmother always scoffed at them and called them "The Half and Halfs" as if the folksy racism of her generation was still acceptable in the 80's. My mother's best friend had a few biracial children that she liked to an extent but I remember listening as a kid about how typical she felt it was when their African-American father had gotten into drinking and drugs.

This was my childhood experience and here I am as an adult, in a relationship that I'm wondering if my family will understand. I don't need them to be supportive I have decided. It doesn't matter to me.

It sounds funny to say I found love on Facebook, but naturally that is the way it happened; a fairy tale to tell our children some day of how we were in many of the same music communities with forty-something mutual friends. He messaged me one day with a simple "How come we comment on the same things all the time and I don't know you?" I tried to think up a witty reply looking into the dark eyes of the handsome profile picture leering at me on the screen. After exercising every cheesy line I could have typed back I went with the generic "Tell me about yourself.." After about two hours of Facebook chatting he asked, "So are we going to be boyfriend and girlfriend or what?" Nothing like the direct approach. I told him I'd like him to call me so we could get better acquainted.

Since January we have spent every moment in each other's company, I'm actually believing that love at first sight existed. When I spoke of the new romance to mother one day and she heard his ethic sounding name she turned to glare "He isn't black is he?"

Have you tuned out all the things I have just said lady? This is a man that treats me wonderfully, that sings to me daily as he practices guitar, that shares my dreams. This is a man that from the first week of the relationship was already talking in forever's; in what type of house we were going to buy, what we would name our children. This is a man that already wants me to be part of his family and is prepping me to be the stepmother of a child with his former wife. This is a man that I spend hours at night giggling with on the phone. I've dated many musicians but to have two songs written about you in a matter of months is more than flattering. This is my best friend, my soul mate, my future, my everything. I could care less if he was green with purple spots and orange stripes.

I thought as society uses buzz words like "diversity" and "multiculturalism" we were moving beyond what color someone's skin might be or where their family tree had roots and exploring the color of someone's soul. The world is growing smaller each day and our lives are affected by groups all over the globe. We are all human.

I smile when I see young people of different races holding hands in a shopping mall, groups of friends from various backgrounds chattering over coffee. I smile when people smile at us as we go about our daily lives. I know that almost everyone sees a couple in love grossing out the general public as we get playful in a line at the movie theatre or snuggle at a bar. I believe that this generation is better than the ones before us forgetting those silly notions of our older kin that "people need to stay with their own kind." What really does that even mean?

As more multiracial children grow up in this world it brings hope that one day this won't be an issue as the older folks start to die off. I worry a little that my family may say something offensive someday but as my love has told me "you aren't them" and "what they may say or do has nothing to do with you are." I believe that we may be products of our families beliefs but it is our job in life to question these beliefs and make them fit with our reality, not theirs. 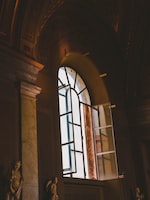 Are You in Love with a Hot Russian Bride 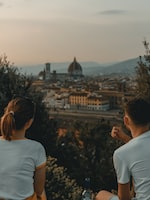 Now I Know About Love at First Sight 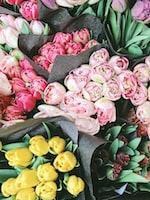 4 Most Important Things Women Should Remember About Valentines Day 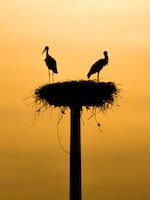 True Love at the Clothes Bank