I get this question from my friends quite a bit and I am always tempted to do the "I told you so" dance. I do refrain though and instead sit and listen; which is what they really want. I have found that while people will often seek out advice they never really want to listen to it, they just want to be consoled. After listening to many, many stories I have learned a few things.

And the simple truth coming from a stranger is that if every guy you date turns out to be a loser then maybe, just maybe, ITS YOUR FAULT. Yes, yes, shocking as that may seem; maybe the reason the guys you date turn out be losers is because they were losers to begin with? I know its hard to believe that the sweet guy your dating, (who has never lived on his own, doesn't have a car, didn't graduate high school, and has a record), could have been bad from the start but here's some eye opening things to consider before spending three years of your life with yet another guy.

Corny as it may sound how does he treat his mom? His parents? Even his whole family? There's a lot to say about someone who respects and cares for his family. If he respects them that shows he has the ability to respect you. Listen to how he tells stories about them. If when you're first dating he tells you that his family is filled with troublemakers and he can't get a long with any of them, you may want to run for the hills or at the very least dig a little deeper. Now it could be completely legitimate that his family is difficult to get a long with, but he still should not be saying horrible things about them when he barely knows you. What kind of an impression does this make? If he can trash talk his own blood with someone he barely knows, what is he going to be saying about you?

Speaking of stories, what does he tell you about his friends? Are they all single and enjoying the bar scene and chasing girls regularly? Is he envious when he tells you this? Does he share a story about how his friend is cheating on his girlfriend and he has to cover for him? Now just because his friend is a cheater doesn't necessarily mean he is, but you should listen to how he tells his stories. Does he seem to admire the story or is he disapproving?

Does he have a job? If the answer is no, why not? Is he disabled? Is he a full time student? How long has he been unemployed? If it's only been a few weeks and he's actively looking then that should be ok. But you need to determine if it's legitimate. The answer of "I just cant find something in my field" doesn't' hold water. Regardless of his field he should be employed in something. How is he paying his bills otherwise? He can work anywhere and still be putting out resumes into his chosen career field. Where he works doesn't necessarily matter, if he's actively searching for a better job. If he's working at a dead-end job but you can tell he is trying to get out of it then leave it alone. If, however, he is at a dead end job and has no plans of moving on and your not comfortable with it, then you should move on. If he's happy with his life let him enjoy it without you. Do not try to stick around hoping he will someday wake up and want to better himself. Don't try to make him better. Its not your job to change someone, find someone who is already an individual without you having to change their entire life around.

Now not every guy without a job or without a car is a loser. I've dated guys without cars and without jobs who were perfectly nice guys but in a bad spot. The difference between a good guy in a bad spot and a loser guy who's always in a bad spot is relatively easy to see if your willing to look for it. For example good guys take responsibility for their mistakes, the loser guy is someone who's "just had a rough time and cant catch a break" and its always 'someone else's' fault". The loser guy is the one that keeps getting fired from all his jobs because he was a threat to his boss, because he knew more. His co-workers have it out for him because he's better than them and that's why he keeps getting reprimanded. He's had tons of relationships but all the girls he's dated have been difficult. Look out for things like this, this issues exist for a reason. Why is none of this his fault?

Personality. How is he in public? Is he rude to waiters and waitress's? Does he throw his trash on the ground? Does he start arguments with people he doesn't even know? If you answer yes to any of these move on. Is everything a fight for him? If they forget to put his side dish in the take out bag does he go back in and yell and scream and ask for the manager? Or does he just ask that his order be completed? If he takes some minor thing and turns it into a huge ordeal, run fast. If he can't go out and have fun without causing someone some kind of grief, why will he be any better to you?

These things being said remember not everyone is a perfect match for you, regardless of the good job, great personality and perfect teeth. Don't force something that isn't there and don't ever ever change yourself to fit someone else's needs. Remember if your life isn't going well the answer isn't to find the perfect guy, the answer is to make yourself better, make yourself happier with who you are. You cant' be happy with someone else, if you're not happy with yourself.

Authors note: Men can use these tips as well, this article was target at women because most of my friends are women, however men use these tips just as easily. Good Luck. 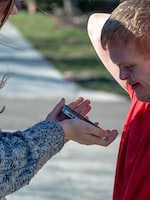 Why Some Men Cant Get Women 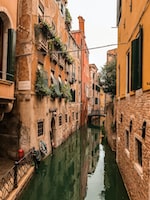 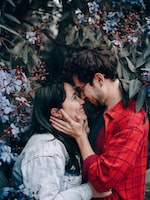 Are All Men Jerks 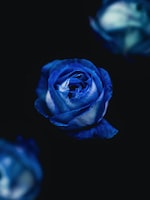 Why Women Are Backseat Drivers