Relationships can end as quickly as they start or even faster. Say the wrong word or act a bit pushy and poof! like magic, you will no longer be in his future. You are left to wish you could take back the words that caused the drift.

If he tells you he is going away for the week, do not doubt him. Do not beg him to stay. Do not ask where he are going or tell him that you will miss them. Do not lay the guilt trip on him or ask when he is coming home. Never insist he phone as soon as he can. If he says he will call do not ask him 20 questions. Tell him to have fun and enjoy his trip and leave it at that or that could be the end of the relationship.

Do Not Telephone His Home

If you have not heard from him in a day or two do not contact him. Have your own fun while he is gone. Never send him text messages or think he has found someone else if he has not called in a few days. The worse thing you could do is to telephone his house and quickly hang up if his dad instead of him answers the phone. Do this a few times and it will be obvious you were chasing him. That's the last time you might see him.

Do not Doubt Him

If he is honest and says he does not love you, do not whine or cry. Keep the tears hidden. Do not tell him how much you love him or try to give him a guilt trip. This will only make things worse. Accept what he says. If he says 'lets just be friends' think it over. If a friendship alone will cause you pain, tell him that it is over and do not see him again.

Do Not Confide In His Friends

Do not tell his friends that you love him and that they should not tell him. That's the worse thing you could do. They will run to him and let him know what you said as soon as they can. If the relationship has just begun this can scare him away. Keep your feelings to yourself and let him take the first step or it could be the last time you see him.

You should never run after a guy. This will not make him want to be closer to you. Quite the opposite. it can scare him away. Guys do not like to be pushed into a relationship. They feel it is macho to make all of the moves. Act nice, enjoy being with him but do not hasten the relationship by making all the moves. 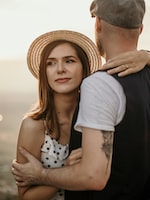 10 Ways to Rekindle the Magic in Your Relationship 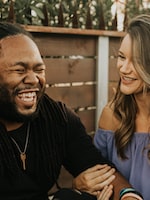 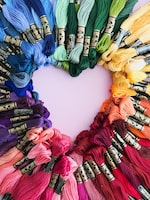 Teen Friendships and Love Which Is More Important 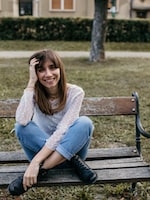