1. Have you ever thought to yourself: "If only we could...(x,y, or z), then everything would be all right"? Complete the sentence with all the "fixes" you've tried. Buy the house of your dreams, break away from her parents, stop borrowing money from his parents, have a better sex life, talk more, argue less... Have any of them worked?

2. Do you feel trapped, even though you want to honor your commitment before God and others? Do you sometimes feel your marriage vows have become a death sentence?

3. Are you resentful, frustrated, and depressed most of the time, year-in and year-out? Do you have unexplainable chronic pain, migraines, etc.? Are you unable to make any real progress struggling with your own alcoholism, drug addiction, eating disorder, or with your own anger and resentment? Perhaps you can remember a more carefree time when you were not always that way.

4. Do you feel somewhat relaxed and safe at a friend's house, or in a place you love to go by yourself, but when you return home, you become tense and fearful. Are you constantly "walking on eggshells" around the other person?

5. Do you dread each and every day, wishing it would all just end?

6. Are you hesitant to let your spouse know about any of your smallest dreams, aspirations, or desires? Is it your experience that he or she will, without fail, methodically spoil them all for you, one by one?

7. Have you been to marriage counselors, perhaps off and on for years, and nothing ever improves? Have you asked, "What can I do?" but nothing you do is ever enough?

8. Does your partner twist your words when you try to express your pain because of certain words or actions, until you wonder whether it is really you acting that way?

9. Do you ache to be treated with the same simple respect that a friend or co-worker would show you? Do you ever wonder how your spouse can yell at you one minute, and in the next minute smile and be cordial to the cable repairman walking in your door, as though nothing ever happened?

10. Does your spouse make you feel guilty in subtle or obvious ways, using guilt like a whip to manipulate your feelings and actions?

If you answered in the affirmative to more than half of these questions, you very likely are in a relationship with someone who is verbally abusing you.

What constitutes abuse? People with obsessive-compulsive disorder or borderline-personality disorder, or a variety of other mental health conditions can simply be hard to get along with, especially for someone with a milder temperament. Abuse crosses the line, however, and makes your life miserable.

Many other outside resources contain zeroed-in textbook definitions of verbal abuse. Controlling your time, choosing your clothing for you, physically limiting your coming and going-the elements of verbal and emotional abuse cut close to home for those affected by this kind of behavior. The following true-life anecdotes and illustrations will give the reader more examples with which to identify (names have been changed).

A simple pleasurable memory from Pete's elementary school years was the use of inexpensive number two yellow pencils. Around his woodworking shop, he could always find one easily because of its color.

One day, however, his wife Cecilia suddenly ruined that impression for good. The two were standing in front of a "back-to-school" display while shopping for their children. As Pete began to pick up the familiar yellow pencils from the store shelf, Cecilia stopped him short and spoke to him in such a way that he felt as though he had been hit in the chest with a stun gun.

"Those are so ugly, " she scolded. "Don't buy those. They're so plain. We need to get something like these with the fancy hologram design on them."

Sounds benign, doesn't it? It wasn't.

This situation, like so many others, was not about the pencils. Pete's opinion didn't count; he had to contend for the "right" to enjoy the simple pleasure of everyday yellow pencils. For a long time afterwards, he had to buy them with a defiant attitude, if he wanted pencils at all. Even though he had no desire that defiance and retaliation should be associated with such an ordinary act as buying pencils, it could not be avoided. Somehow an abusive spouse can zone in on your expectation level, and the more something means to you, the more that person squashes your potentially happy experience.

Multiply the yellow pencil experience by ten thousand over the years. Add in similar situations in every room of your house, from arguments over food, to contentions in the bedroom, to fights over how to hang clothes in the closet. Your tenth anniversary ended in disaster, even though you planned it well. "After me you come first" is the other person's life motto. You bought a car you didn't really want and couldn't afford, just to try to make peace. You can't get on the same page about spending or how to raise the kids. The sink sprouts a leak, and you get castigated for not being there when it happened. The car breaks down, and it's your fault. You've abandoned all expectation of ever taking a trip together just for the fun of it, or celebrating a holiday, because you know it will be sabotaged. You no longer have company over, and simply stay away as long and as often as you can.

Pete experienced all these things, and more, for over twenty-five years of marriage. Can you relate, or add experiences of your own?

It becomes wearying to continually fight the twisted logic and constant contention. A person's spirit can be broken nearly beyond repair. It makes one feel dead inside.

A Whipping-Post for Misplaced Anger

Many times an angry, abusive person vents upon the closest available person or thing as an outlet for their unending internal rage. Ultimately the source of that anger does not matter. Ask yourself, "Do I want to be the object of this person's wrath for the indefinite future?"

Astronomers have observed a phenomenon in space known as a black hole, a collapsed star continually falling in on itself until its own weight and gravity become all consuming. A black hole pulls any matter nearby into itself and destroys it. Sound like someone you know? You give and give, and the abusive person only consumes it all and demands more, while your own needs go unmet.

According to some counselors, people who abuse others are often not intentionally malicious; that's just the way they are wired. The question becomes, what are you going to do. Until you have exhausted the list of attempts to "fix" the other person, such as x, y, and z in the first question above, you may still think you can change him or her. You can't.

Taking Responsibility for Yourself

The first essential step is to accept the reality of things as they are. You cannot change the other person.

A story that illustrates this point is told about a scorpion and a frog. One day the scorpion asked the frog to carry him across the river. The frog protested, "But you'll sting me!"

"No I won't," replied the scorpion.

The frog thought it over, and decided to give the scorpion a ride anyway. Just before he left the scorpion off on the other side of the river, the scorpion stung the frog.

"What did you do that for?" cried the frog, dying in the water.

The frog's adversary responded, "Because I'm a scorpion."

Those who abuse others around them must come to the realization that their own behavior is unmanageable, and be willing to work to make the necessary changes themselves.

Otherwise, you must take steps to protect yourself.

What should you do if, over time, the person in your life who demonstrates abusive behavior is unwilling or unable to change? You will need to carefully weigh principles that touch on the problem, and then decide your course of action. Following are some examples of life principles that were of help to Pete:

1. An eighth-century B.C. prophet once wrote, "Can two walk together, except they be agreed?" (Amos 3:3, KJV) The context has to do with the people of the nation of Israel not being in agreement with God, but the basic principle applies to a married couple as well. If you are not a team years into your marriage, you probably never will be.

2. An ancient proverb reads, "It is better to live in a desert land, than with a contentious and vexing woman (or man)"(Proverbs 21:19 NIV). Living peacefully with certain individuals is next to impossible.

3. "Make no friendship with an angry man, and with a furious man do not go, lest you learn his ways and set a snare for your soul." (Proverbs 22:24-24, NIV) According to David A. Hubbard in his commentary "Proverbs" (The Communicator's Commentary, Word Books, 1989), the angry and furious person described here is not only given to let off steam occasionally. He is a "veritable steam engine with subnormal boiling points and extra loads of fuel. Anger is (his) path of life." Hubbard goes on to tell us that the "snare" is literally the "'striker bar', the latch that springs the trap." If you feel trapped with no way out, you probably are. If you stay, you will become like that person.

Should you stay or should you get out of the relationship? In Pete's case, for many years pride made him dependent upon what others thought of him--family members, friends, and church associates, preventing him from thinking objectively. However, knowing he had done all he could, he finally decided to break away, and found peace.

You essentially have one of three options: 1.) Stay and "tough it out" (continue to take it). 2.) Separate for a prolonged period to allow the other person time to change. Two or three years would not be unreasonable. 3) Seek a divorce.

Many people around you will not understand what you are experiencing, unless they have walked in your shoes, so seek out friends who do understand. Make use of alcohol or drug abuse support groups, if needed, for your own benefit. If you have a religious background, you may want to draw a little more deeply from the well of faith, personal more than corporate. Take time to return to the one or two favorite hobbies you've always enjoyed in the past. Spend time in peaceful places. Think with an open mind about the basic principles of life, such as the ones suggested above. When you're ready, make your decision.

Pete examined his circumstances honestly and took the necessary steps, although it was a difficult process. Your story may have a different ending--only you can decide what is best. Once you decide the right course of action for you, peace and freedom will grow more each day, and you will begin to enjoy once again the simple pleasure of all the number two pencils in your life. 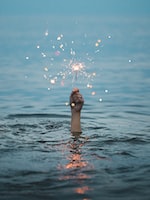 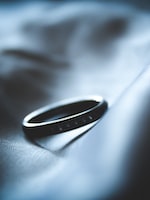 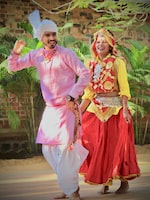 You Are in an Emotionally Abusive Relationship with a Woman 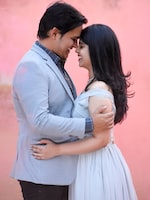