I had been single for 2 years. Between the studying for school and working part time as a waitress at a local truck stop, I claimed I didn't have time.

Truth was, I just didn't want to expel the energy it would take to date. To go through the hassle of does he like me? Is he going to call? What should I wear? How should I act? And all the other first-date worries.

Then my friend Cali got a wild hair up her bottom and decided she had "the perfect guy." Instantly I could see a snaggle-toothed, greasy-haired nightmare. I begged and pleaded that this not happen. Cali wouldn't let up. "Just go out on Valentine's Day and see for yourself that he's a good guy," she would say.

So after 2 weeks I relented. She set us up to meet at 7 p.m. at the Redwoods, the nicest place small town Iowa has to offer. I put on my heels, and best blue jeans with a cute sweater. Put in the diamonds Dad got me for my 16th birthday, grabbed my bag and I was right on time.

I was nervous as anyone would be, being faced with God only knows what possibilities. I walked into the restaurant to find the rest of my party had not yet arrived. Making small talk with a maitre'd is not my idea of great start to a date. But there I stood, surrounded by loving couples sharing plates of steak and potatoes, making kissy-faces at each other. The place was decked out with pink and red streamers and a banner that read "Valentines Day is made by Love".

Gag me. Did I mention I don't really care for Valentine's Day?

Finally 20 minutes later, in walks a guy, curly haired, green eyed, cutie. But that's where the good first impression stopped. He was still in his mechanic's uniform. Greasy and oil covered.

I prayed this was not the guy. The maitre'd turned and flashed a smile in my direction. I knew I was hosed.

I smiled pleasantly and said hello. He had a soft southern accent and said his name was Berry. OK, the accent won me over. I decided to give him a chance.

We sat down to supper and when the horderves tray arrived he got pale. Said he didn't like the looks of the radishes. Radishes? Who cares what the radishes look like! He went on to say that he was a gardener and that his radishes won first prize at the state fair.

The state fair was a topic we both discussed in depth, because at the Iowa State Fair anything that can be put on a stick is, even if it shouldn't. We enjoyed a short and good conversation on all those lovely foods. That's where the good points end.

When Berry was ready to wipe his face, he decided that a napkin was inappropriate and used the grease rag in his back pocket instead.

The night continued to be one bad experience to the next. He dropped his fork and stepped on it with his gross mud-covered boot. He handed me the check when it came time to pay. A real gentleman he was not.

I said goodbye figuring that was the last night I would ever hear from dear Berry from the south.

Turns out I was wrong. After 3 more dates and one awkward hug kiss combination, we have been the best of friends since. He is now my kid's God father, and is always lurking in my life in one form or another.

But that Valentine's Day date went down in infamy. 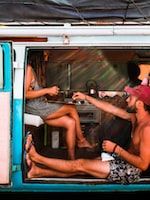 Valentines Day Gifts from the Heart 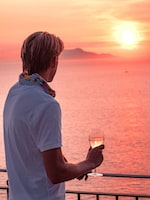 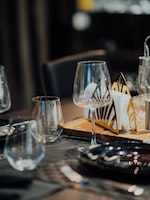 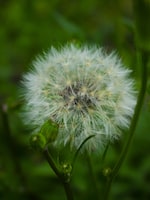 Valentines Day Gifts for Her Make Them Ecofriendly