Q: How do you know when the relationship is really over?

A: The judge signs the protective order.

(It's funny because it's true.)

Are your friends were commenting that you seem to be on a loser-streak? Are your girlfriends starting to suggest that you bring prospective life-partners to be screened by your friends, because you're clearly not doing a very good job of it on your own? It's time to think about what you're doing wrong.

You're nice. You're smart. You're reasonably attractive. You have a good sense of humor. You're drug-free and gainfully employed. So, why are you dating jerks? Because you attract jerks! You can only choose from the available pool of candidates, and the pool your men are coming out of clearly needs some chlorine.

Have you noticed that you're not alone in this? More and more of your female friends and colleagues are facing the same problem. You complain that you can't "find" a decent man. The truth of it is that you're looking in the wrong places, and not looking past the surface 'show' that men put on. Here are some tips to help save some of you women out there from a stupid decision, or at least help you see where they can improve for the next round.

Start thinking of dating as a job interview.

Why do you act surprised when some man turns out to be a jerk?? Because you didn't see it coming. And why didn't you see it coming? Because you didn't gather enough data before jumping in! Choosing a life-partner is similar to running a job interview, and at least as important. You need to start asking for references! Finding out why his previous relationships didn't work out should give you some clues about what to expect. And if his ex-wife/ex-girlfriend says he's a jerk, you must accept that you cannot change him, and move on!

Find out if he has a record.

It's time to take advantage of the technology available. Check the state and national criminal databases for every potential hubby-to-be. Jettison anyone with domestic violence charges or seatbelt violations. And as long as you're at it, let's check the marriage records. If he's married AND dating, forget him!

Stop looking in all the wrong places.

Have you wondered where all the non-jerks must be hiding?? I know where they are. They're already married! Their wives are keeping them indoors, so that us increasingly-desperate single gals won't find them and entice them away. Good strategy really. If you ever find a good man, you'll want to keep him under lock and key, so he doesn't wander off. Meanwhile, you're going to have to start looking for men that haven't learned to be jerks yet (teenagers?), or men that are newly available through no fault of their own (widowers).

Some years ago I was comparing notes with some girlfriends and we discovered that everyone we knew that turned out to be a jerk revealed himself as a jerk within the first four years we knew him. Every man that we'd known less than four years still seemed to be a risk, but after four years the non-jerks stayed non-jerks forever (or at least for as long as we knew them before their wives locked them inside). So, how about a 4-year "waiting period"? Like when you buy a handgun. From now on, put every man you meet on 'probation' for the first four years you know him. If he doesn't reveal himself as a jerk in that timeframe, then you can start to take him seriously.

So, there it is. Now all you have to do is start trolling the local high schools and funeral parlors for likely candidates, strike up a four-year trial friendship to give them a chance to prove themselves, and choose from the ones that make the grade. You're on your way to marital bliss.

If you'd like to read more articles by this author...Click Here. 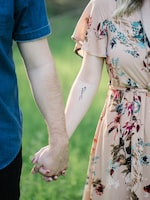 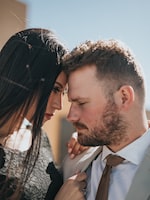 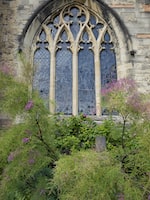 Four Surprising Ways to Attract the Opposite Sex 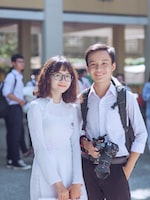