There's never really such a thing as a "good breakup." People get upset, cry, yell, scream - you never really know what's going to happen. If the guy treated you horribly, you may not care about his feelings or how he'll react to the breakup - those are sometimes the easiest breakups because you're not so careful how you phrase things. When you don't want to hurt his feelings, that's when you have to take steps to be as sensitive as possible. There's a good chance he's going to be upset and hurt, but certain tips can help you try to minimize the blow.

If you tell a bunch of people that you want to break up with your boyfriend and it gets to him before you have a chance to do it, it's going to make the situation even more difficult for him - and it'll make you look bad. Talk to one or two trusted people if you must, but make sure he hears it from you and not from someone else.

I made this mistake years ago and actually talked to my ex-boyfriend about it after we broke up. When we were together, I really liked him but I knew it wasn't going to work. I should have told him as soon as I realized, but for about a week I prolonged it - I felt bad, I didn't know how to tell him and I chickened out. When we reconnected a year or two later and discussed it, he told me he was upset that entire week because he could tell something was wrong but he didn't know what it was since I brushed it off whenever he asked what was going on.

There are no benefits to rambling while you're trying to break up with someone. Don't sound cold-hearted, but really, just get to the point. Yes, the situation is nerve-wracking, but the longer you continue to talk the worse it's going to be. You may say something to make an already upsetting situation even more so. Tell him exactly how you feel, that you're sorry (only if you really feel that way) and then tell him you have to go.

It's an awful feeling after a breakup when you realize you have your ex's personal belongings or he has yours - you start thinking of all the ways to give or get the items with as little collateral damage as possible. When you break up with him, bring anything that belongs to him or that you want to give back only if he has nothing of yours that you want returned. If he has items you want back, before you leave from your talk with him, set up an exchange time to meet up in the near future. The quicker the items are returned, the sooner the both of you can start to move on.

Do It the Right Way

Breaking up with your boyfriend via text, email or any other similar type of communication is not a sensitive way to go about it. Break up with him face-to-face - the only other option would be to do it by phone only if you knew you wouldn't be able to do it in person for quite some time. Not doing it in person could make your boyfriend feel like you didn't have the courtesy, respect or courage to say it to his face.

The worst place to break up with someone is at your home - you don't want to have to figure out a way to get him out of there. If you want to break up with him in a sensitive manner, you also want to avoid doing it in places that mean something to the both of you. You can't avoid every place you've been together, but skip locations where a significant happening occurred including his house, where you first met or where he asked you to be his girlfriend.

Don't Give Him Hope

If you want to break up with your boyfriend in a sensitive manner, don't make it seem like you have any chance of getting back together. Avoid phrases like "We'll see how things go in the future." He may ask what he can do to get you back or if the two of you can still talk. Be honest, you're breaking up with him for a reason, so giving him any sign of hope only to not have it work out is going to have him hurting more than he already is.

Breaking up with your boyfriend likely won't be easy, but doing it in a sensitive manner can actually make the situation better for both you and him - not only in the present, but in the future as well. 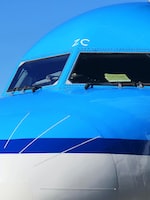 Getting Over a Breakup 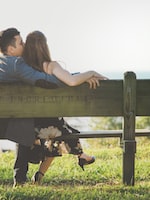 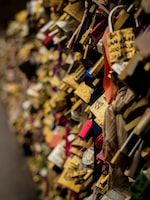 Breaking Up Over Phone or Email 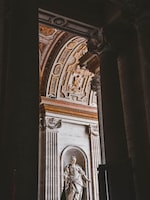 The PostIt 5 Wrong Ways to Break Up