It used to be that dating a man going through a divorce was hugely frowned upon. However these days it may be more common than you think. If you are dating a man that was not upfront about the fact that he is going through a divorce, it might come as a shock. If you decide to stick around after the initial shock has worn off, you must be prepared for a long road ahead. Your man will need your support and more importantly, your love.

As the girlfriend of the "married guy", you will be fighting the stigma of being labeled "the other woman". Whether or not you are or aren't "the other woman" won't matter to outsiders. Insults will fly, words will be misconstrued, and at the end of the day you will be tired. If you allow the anger and nastiness to surround you it will eat you alive. I have been called a lot of unflattering things since beginning my current relationship almost three years ago, and words can affect the way you feel about yourself. Instead of being reactive to the things around you, focus your energy on being proactive in your new relationship. Stand by your man and be proud that he is now yours. Look at it as her loss and your amazing gain. Once the divorce is final, the stigma will disappear and you will be able to move on with your life and relationship.

He Will Compare You to Her

Comparison in life is a normal occurrence. As much as you will hate being compared to his ex, it will inevitably happen. I used to get comments about the way she cleaned house, the way she dressed, and the way she did just about everything. Of course it was aggravating but once he learned a way of life that didn't include her, the comparisons became minimal. Adjusting to a new living situation will take some time; staying patient with him will help the process move along.

Debt From The Marriage

Brace yourself for the very real possibility that your boyfriend will be coming out of the divorce in debt. Things that were accrued during the marriage have to be split jointly. Most often if there is a house or condo involved it will have to be put up for sale, unless one party can "buy out" the other party. After almost a year since his divorce has been final, my boyfriend had to file bankruptcy. This is a reality for a lot of young couples that jumped into things like buying houses, using credit cards, and buying new cars. Discussing the finances with your boyfriend will at least give you an idea of where you stand. You definitely don't want to be getting yourself into a situation you can't financially handle.

Living With Being His "Second"

This is where you really need to look at yourself. Can you handle not having a wedding in a church (if his religion bars him from doing so)? At first, I assumed dealing with the "minor details" would not be such a huge deal. I learned quickly that some of the stuff I would be missing out on would give me feelings of resentment towards his ex-wife. Of course not all women may be as petty as I was, but it is something to consider, especially if marrying him will be your first marriage.

None of these things will be pleasant to conquer, especially hearing the "opinions" of others regarding your relationship. The end of the divorce signals the beginning of your new life. If you can stick it out with your man through the struggles divorce will throw your way, you can conquer anything else. Remember with every ending there is a beautiful new beginning. 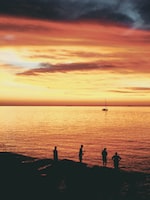 How to Stop Divorce and Keep a Healthy Marriage 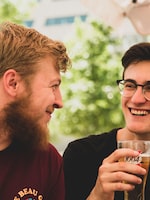 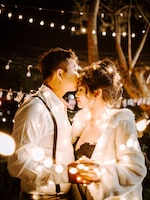 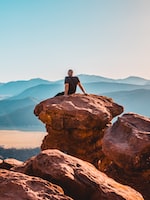