The whole 'Men are from Mars and Women are from Venus' theory is right on the mark. The differences are not just physical; they are also (upon occasion) ridiculous!

Which sex brings the most to the table? Well now, doesn't that just depend on whether you are a Man or a Woman? Take look at the most common differences and you decide...

When it comes to the Bathroom:

In EVERY Mans bathroom you will find: Toothbrush, toothpaste, razor, soap and a towel. The toilet will have feces' stains and will be covered in old wee (as will the floor closest to the toilet - correction, the whole floor) and the sink will have lingering stubble remnants.

In EVERY Woman's bathroom you will find: The entire contents of the drug store. The toilet will be gleaming and smelling of lemon and the sink area will look remarkably like something out of a 5 star super luxury hotel.

The Reality: If you are a Man, find a Women and you will never have the above issues of buying toiletries or having a stinking loo again.

When it comes to Clothes Shopping:

A Woman will try on 20 different outfits and then ask their friends advice. Her lady friends will then ask to see each outfit on again 'just to be sure'. The Woman will then proceed to the check out and purchase every outfit as no one could make up their minds on which one looked best.

Men buy a pair of jeans and a t-shirt that goes with everything and wear it until it is thread bear before they contemplate purchasing another item of clothing.

The Reality: If you are a Man, choose to watch Sports on a 'shopping day'.

When it comes to Driving:

Women are known to be carful drivers taking everything into account. Sometimes also thought of as over cautious, but on a whole, safe drivers but suffer with tremendous road rage.

The Reality: If you are a Man, never cross a Woman driver.

When it comes to Illness:

A Woman will carry on as usual when suffering an illness. They will go to work, do the housework, cook the evening dinner, tend to the kids, take the dog for a walk and do an exercise video to boot.

Men will suffer and NOT in silence. They will claim to be at deaths door, and not lift a finger except to dial the doctor's number to make a house call. The Doctor (probably of Male species) will sign them off work for 2 weeks of full rest and recuperation.

The Reality: If you are a Woman, get a pre nup that includes a 'no illness' clause. You will clean out.

When it comes to Pets:

Women choose to favor small cute dogs that one can 'pop' in ones handbag.

Men like Dobermans, Pit bulls, Rottweiler's, etc. Something to make sure that the world knows that they are Men's Men and not gay.

The Reality: God forbid a Man to have a shiatsu.

When it comes to Money:

Women earn as much money as it takes to get through life comfortably. To be able to buy themselves nice things, to look after their families, etc. Women buy practical things.

The Reality: Women look for Men that can look after them.

When it comes to the Distant Future:

Women will worry if they are not engaged to be married by the time that they are 30. They start to feel like they will get 'left on the shelf' and to be known as an 'old maid' for all eternity.

When Men hit their 30's, they continue to party like its 1999, not having any thoughts of the future.

When it comes to Soul Mates:

A Woman believes in Soul Mates. That 2 souls are drawn together for a reason - through destiny, or fate.

A Man believes in getting laid and drinking beer.

The Reality: F or a simple life, Men agree to be a 'Soul Mate'.

When it comes to Marriage:

Women marry Men thinking that they can somehow change them.

Men marry Women thinking that the Women will never change.

The Reality: Women change, Men do not.

The Outcome - Grin and bear it or get divorced.

When it come to Valentines Day:

Women expect the works - Roses, Breakfast in bed, Dinner in a prestigious restaurant and a present to end the day off nicely.

Men just want to get laid.

The Reality: If a Man b ooks and buys all of the above, a Man will get laid.

When it comes to having a Family:

Women do the organizing of all play dates, doctors/dentist appointments, parent and teacher evenings, etc. A Woman will know all her kids friends middle names and have good relationships with their Mothers.

A Man will know that the Woman has given birth because he still bears the physical scars.

The Reality: Leave the child rearing to the Women but know that you will never hear then end of it.

And then comes the Monthly:

A Man dreads the Woman's monthly as he knows that the Woman will turn into a raging evil psycho that withholds sex and remarkably resembles either Jackell or Hyde every 10 minutes.

A Woman just hates the Man.

When it comes to Men Vs Women:

Women will have the last word in any argument.

Anything that a Man says or does after that point is the start of a new argument.

The Reality: A Woman is always right but a Man in never wrong.

Written by a Woman that is remarkably not on her monthly (but dam sure its on it's way).

Louise Bell 'The Difference Between Men and Women' 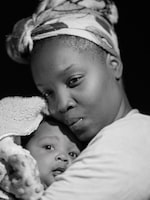 Surviving Valentines Day Tips and Tricks for the RomanticallyChallenged 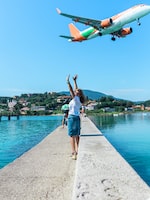 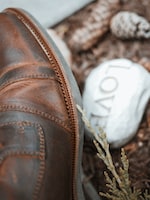 Men Do it Too Reasons Men Withhold Sex 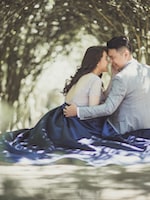