He finally popped the question and you said yes. Now the wedding is approaching fast, and you're in a whirlwind of preparations. This is the happiest, most exciting time in your life. At least that's what everyone keeps telling you when they hear you're getting married. But as the days get closer, you start getting a big knot in the pit of your stomach.

Everyone tells you it's nerves but you know better. There's that little voice in your head that's trying hard to be heard. It's telling you that something is not right. You argue with it. Everything is fine, you tell it; everyone has doubts before they get married. You reason with it. If I can just get to the reception and honeymoon part, I'll be fine. Finally you plead with the voice. Please don't do this to me. I've gotten too much done to back out now.

Well, I'm here to tell you girls (and guys) that it's never too late. Take it from someone who called her wedding off three days before it was to take place. Everything was set; the hair appointment, the rehearsal dinner, families had flown in from other states and were staying at hotels, the works. But I knew something was wrong. For months I would mention it to my fiancÃ© that I was having second thoughts about getting married, and for months he'd tell me that all brides get cold feet before saying I do. I guess I should have tried harder to get him to realize it wasn't just cold feet.

A year after calling off the wedding and not talking to each other, we bumped into one another in the mall. After catching up on each other's lives, we started dating again, very slowly. Was it fate that we would be together? Not quite.

This time we ended up getting married despite the fact that I still had some funny feelings about it. My doubts weren't nearly as strong as they were the first time around. I figured since I was two and a half years older this time, I was also two and a half years wiser. I thought I knew what I was doing by marrying my best friend. Unfortunately that's how the relationship felt and stayed for the next six years. Best friends living together without that spark lovers share.

Our divorce ended how they tend to, sadly. I ended up meeting someone else and knew that he was The One. It finally came down to: do I stay in my marriage and be content, or do I take that once in a lifetime chance and do what would make me happy? I did the latter. And we are both so much happier than we were when together. We're both remarried and he and his wife just celebrated the birth of their first child. We still keep in touch through emails and the occasional phone conversation. I probably could have saved us a lot of heartache if I wouldn't have married him at all. But I would never trade those years that we had together. As he said recently, it built the foundation for where we both are today.

It is important to listen to that little voice telling you if something is not right. It's OK to back out six months, six days or six hours before your wedding if that's what you honestly feel like doing.

It's even better when you get married to the person you know you were born for and to live happily ever after. 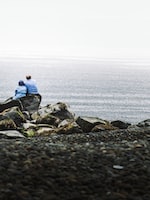 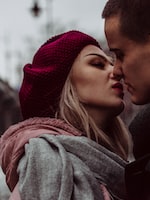 Keys to a Healthy Marriage 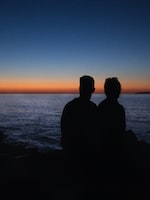 Can Infidelity Save a Marriage I Dont Think So 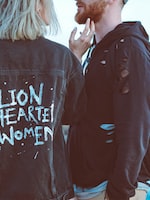