When you're part of the dating scene, you may find yourself at a bar, lounge or other venue where you have a few drinks and get slightly inebriated. This isn't often a problem - unless you let the alcohol get to you and you do something you probably wouldn't while you're sober. There are obvious things you shouldn't do after drinking - the main one being not to drive - but there are also other actions to avoid doing that may not be so apparent.

If you're drunk, put down the phone and stay away from the computer - chances are nothing good can come of it. You wouldn't be the first woman to scream at an ex in a drunken rage, break down crying to a current partner questioning why he doesn't love you or send your friend a text message explaining in explicit detail things that are going to make him blush. Taking preventative measures before you drink is much better than relying on yourself not to do certain things while you're drunk. Lock your computer before you leave and consider giving your phone to a friend to hold for you. If you would rather hold onto it yourself, install an app on your phone that prevents you from drunk dialing and make sure to set it up before leaving to go out. Often, the app will allow you to block certain people, such as ex's, so you won't call or text them during typical late night drinking hours.

People do some not-so-smart things when they're drunk, but those actions can often be amplified when there's physical proof left behind. Don't be that drunk girl that professes your love to your crush's voicemail at 3 am. You also don't want to get caught in pictures that seem funny at the time but that can ruin a potential relationship if the guy sees it. In a social-media driven world, your drunken mistake can be witnessed by people across the world by the time you roll out of bed with a hangover in the morning.

Whether or not it's welcome, some drunk people have a tendency to invade the personal space of others. Don't be that woman that talks an inch away from someone's face or hangs all over a guy you met three minutes before. The guy you attract in that condition is typically not the one you'll want to stay with long term.

Showing Too Much Skin

There's a difference between showing a little skin and showing skin you wouldn't expose if you were wearing a bikini. Your few seconds of exposure can actually open you up to quite a few problems, one of which is being embarrassed about it the next day. Some may not see it as a big deal, but depending on who's around at the time, people may spread rumors about the incident or quickly snap a picture and a potential relationship could be ruined.

Not Holding Your Alcohol

Many people can think of at least one instance when they drank too much and ended up not holding their alcohol very well. An acquaintance once told me she drank too much one night and met up with a guy she had been dating about a month. While they were being intimate, she had an instance of nausea and seconds later, he ended up getting the brunt of her night of drinking. There was quite a bit of apologizing, disgust and embarrassment - they didn't last much longer after that.

Lesson learned - If you're going to drink, know your limit and don't drink on an empty stomach. Not many men will say "I can't wait to see her when she comes to my place later so I can see what she had to drink."

Going Near An Ex

Whether you're single, dating or in a relationship, going near an ex while you're drunk is typically not a great idea. One of three things will likely happen - you'll either spill your still lingering feelings for him, flip out on him or have some type of sexual encounter. There's a good chance you'll kick yourself the next day. If you don't have enough willpower to avoid temptation, have a friend intercept the two of you before something can happen.

Just remember, not many things will seem as good in the morning with a hangover as it did the night before while you were drunk. 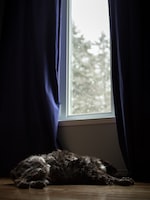 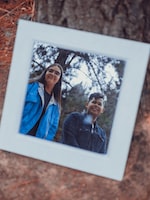 Abstinence Can Be Rewarding