Persistence is an admirable quality -- and one that's key to being successful in any endeavor. But there's a fine line between being persistent and being a stalker, especially when your persistence involves 17 unanswered text messages, eight e-mails and a stare-down in a club.

Here are seven signs that you may have crossed over into stalker territory:

This happened to me with an overzealous male who was ostensibly contacting me for business purposes but really contacting me for personal reasons - all the time. He friend requested me once on Facebook after a series of questionable attempts to contact me other ways, and I ignored him. So he took that as an opportunity to request me as a second time. Mistake.

If you find yourself friend requesting people multiple times in the hopes that they'll change their mind - or wait, maybe the request didn't go through - get a hold of yourself. The request went through. They just wish it didn't, and they want you to leave them alone.

2. You call someone from a private number...because you know if you call from your actual number they won't answer: This is when you're clearly entering problem territory. If you have to call from a private number just so your target MIGHT answer, you have issues. If they won't answer your calls, that should tell you something: They don't want to talk to you and you should leave them alone.

Yes, this happened to me with a guy I went on one date with - a first date that made it abundantly clear it would also be our last. After we parted ways that night, I looked forward to never speaking to him again. I mostly ignored the calls and texts that followed, and any individual with an ounce of common sense would have realized I wasn't interested.

Instead, he took it upon himself to call me from a private number at 1 am on a Saturday night. I answered because I don't normally get calls from private numbers, it was late, and I felt it might be important - possibly even an emergency. Nope. It's just that guy I was hoping to never talk to again.

After an awkward conversation in which I couldn't hide the disappointment and discomfort in my voice, he asked me to hang out again. Wondering what planet he was on and how he managed to miss the very clear signs that I wasn't interested on this planet, I finally told him in words what my actions had been telling him all along - that I did not see him in a romantic light and did not want to date him.

He played it cool and got off the phone shortly thereafter. I breathed a sigh of relief and figured I'd never hear from him again....until he called from a private number a few months later, again early in the morning. Yes, I answered. Yes, I regret it. No, I don't think he'll be calling me again, at any time of day.

3. You invite yourself to places your target mentions they'll be, and proceed to follow them around the venue and stare at them when they talk to other guys: If you ask your crush what they're up to and they mention that they're going to be somewhere, that's not a cue to invite yourself to said location. And text them that you're at the barber shop getting ready for the event that night. And wait by the door for them to arrive. And follow them around all night. And stare them down when they're talking to another guy. And actually interrupt the conversation with said guy, eventually forcing them to sneak out of the back of the club because you're standing by the main exit.

Clearly I'm speaking from experience. I really wish I wasn't. The night in question, it became clear that not only was this individual annoying, he was quite possibly delusional. Because during one of the many times he approached me and interrupted the conversation I was having, he actually THANKED ME FOR INVITING HIM. I didn't have the heart to tell him I'd never invited him. I did have the presence of mind to tell my companion that it might be time to leave (out the back door) in the very near future.

4. You tell a girl you just met that you've been watching her for over an hour, you love her and she must be your girlfriend: Yes, again this actually happened to me. Interesting life, right? I was reviewing a show in the city and taking notes on my BlackBerry in a cozy corner of the club. After the show, one of the performers came up to me and told me the above. He then dragged me around with him for the rest of the night, and borderline wouldn't accept no for an answer when I declined (roughly nine times) to go back to his hotel room with him. We'll call this guy a short-term stalker, because although he pursued me quite doggedly the next day, as soon as his stint in the city was over, I never heard from him again. Bonus!

5. Invite someone you barely know to an event they have no interest in, and then proceed to nag them about responding, telling them that you're "waiting on them!" Really? Because I'm waiting on you to leave me alone. Last time I checked I didn't ask you to contact me, and I'm pretty positive I'm not required to respond to you. So why don't you fall back? Thanks.

6. Leave three voice mails, six emails, four texts and one Twitter direct message, all with no response, and keep trying to make contact. This is where not being able to take a hint bleeds into being clinically stupid. If you are repeatedly contacting someone via multiple channels and they're not responding, for the love of God, stop. It's not complicated, you're just clueless and trapped in your own world. Wake up and realize that you're the reason that call blocking exists.

7. After a series of ignored text messages and awkward in-person exchanges, you call and leave a message, which isn't returned. So you call the next day and do the same thing. And when you run into your target at a local event, you proceed to talk her ear off, all while she's shifting uncomfortably and making faces that clearly indicate how uncomfortable she is and how quickly she hopes this conversation ends. And when she finally sneaks outside for a cigarette with one of her actual friends, you follow her outside and proceed to interject yourself into the conversation. This is what is colloquially known as a disaster. You're out of line and you need to review the normals of social etiquette before you step foot outside the house again.

As previously mentioned, in most situations persistence is a good thing. But when persistence includes continually contacting someone who is clearly not interested in you, then it crosses over into something else entirely. Some people call it annoyance. Other people call it stalking.

Yes, it can be difficult when someone you like doesn't return your affection. But realize that you have one of two options, neither of which involve contacting them relentlessly and following them around: one is to relax, figure out what they're actually interested in and switch up your approach to something less frequent and more palatable. This might fall under the term "gentle stalking": breezy, casual persistence that involves "checking in" to test the waters every so often. If the waters tell you to go away, then you do so.

The other option is to simply cut your losses and move on. Yes, it may be hard at first, but you'll get over it and find someone who does appreciate you for exactly who you are. And you'll leave with your pride intact, with no chance of becoming the subject of articles explaining how not to be a stalker. 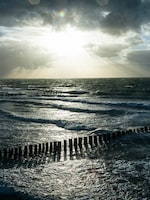 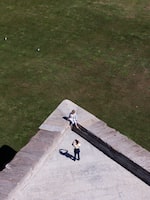 The Dos and Donts of Stalking Ones Ex