I used to remember a time when the process of meeting and dating took time. Nowadays, for the busy single person, there is a popular way of meeting potential mates without all the traditional time and hassle. Ready, Set, Speed Dating! What is Speed Dating? The rules vary, but it's a super-fast way for single men and women to meet a number of other singles in just an hour or less.

Speed Dating is said to have been invented in 1999 by Rabbi Yaacov Deyo of Aish HaTorah. It's taken from a Jewish tradition where single members meet at supervised gatherings. (To help them find other Jewish singles, and not date outside of their faith.) Since that time, Speed Dating has become popular across the world outside of Jewish communities.

A session of Speed Dating starts out with an even number group of eligible men and women. A Speed Date that's organized by a business charges each person a fee to participate and sign-up. The business then designates a common area for a specific group of men and women to meet at.

Each person has a name tag, or an identifying number, on their chest and a pen and a scorecard in their hands. Everyone starts out being paired up with a date. A timer is set, and each couple begins their swift date. (The amount of time they are allowed to get to know each other varies. It may be one minute to seven minutes.) They can converse about any subject they choose, except their occupation and where they reside.

Once the minutes are up, the current dates are over. Now, it's time for each participant to mark their scorecards about the man or woman they just met. The choices are simple: do I want to see him or her again? Or, am I not interested in them?

After a minute to allow the participants to mark their cards, the men in the group move onto the next woman for their next date. As I said, the rules vary, so sometimes, if there is interest shown between a couple, they are allowed to exchange phone numbers after their date. However, if the Speed Dating session was organized by a business, contact information is usually obtained from the organizers.

The timed Speed Dating intervals keep going on until every man has met every woman.

Since Speed Dating sessions are chaperoned by the organizers, it's a safe, relatively inexpensive, f-a-s-t way for singles to meet several other singles in just an hour or so.

The advocates of Speed Dating point out that this type of dating takes a lot of pressure off of singles by arranging their meetings. And, even if it costs each participant twenty bucks, for example, that's still cheaper than going to dinner and a movie.

Its advocates also cite that Speed Dating puts everyone on the same playing field, so the men nor the women have disadvantages over the other sex.

Speed Dating works, they claim, because it's based on "first impressions" and "body chemistry."

On the other hand, adversaries of this new way of dating argue that a certain number of minutes aren't enough time to accurately rate someone. Maybe "Mr. Right" is "Mr. Wrong", and vice versa.

Critics also cite that men or women who are looking for that "special someone", but aren't comfortable talking to strangers face-to-face aren't likely to be helped by Speed Dating.

So, is this popular twist on traditional dating right for you? Check your local classifieds for ads, or search the Internet for businesses that specialize in Speed Dating. That's the only way you'll find out! 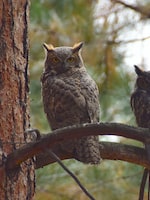 Righting Ourselves Before Mr Right 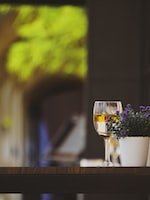 Five Reasons Why Dating After Forty is Better 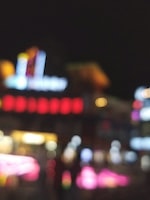 A Response to Interracial Dating Does it Really Matter 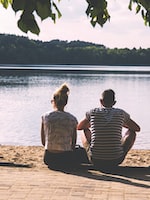