It is believed that more than 50% of the marriages in the United States will end up in divorce. The divorce rates in many of the developed countries are as much as high as in the U.S. It looks like we are living in a society that believes in toss out marriages.

It beats my hollow that in spite of the traditional marriage vows people take during marriage ceremonies, most of which include statement like, "For better for worst, until death do us part," marriage has become essentially a casual relationship in many parts of the world.

Above all, the people who are in public eyes, such as renowned entertainers, television and movie stars, and professional athletes, are reputed to have extremely high divorce rates. Could money be the problem here?

To make matters worse, policemen in the U.S., have one of the highest rates of divorce of any profession. The reasons are simple: the police is a dangerous profession, the gun, badge, uniform, and the accompanying authority attract the opposite sex like a magnet, and of course dealing with the negative side of human nature makes a policeman/ policewoman distrustful.

More than 50% of first marriages in the U.S. end in up in a divorce court and the statistics are nearly as high in the UK, Russia, Canada, France, Denmark, Australia and New Zealand. And almost two out of three of second marriages end up in divorce, at the same time almost three out of four third marriages hit the rocks before you know it.

The question is what has happened to all the marriage vows taken in the Churches and marriage ceremonies and the sanctity of marriage? Why are folks choosing to divorce instead of resolving their differences? Is our society degenerating to moral decadence?

One of the main reasons is the lack of importance people place on marriage nowadays. This is supported by the number of couples who prefer not to marry, but rather chooses to live together in "civil unions," at the same time still choosing to have kids

Another reason is the apparent breakdown of the family unit as the center of domestic life. In a society where you have a high rate of dysfunctional homes, the products of such homes are more often than not children with half baked family values.

Many believe that the movement away from religious faith and the lack of honor or respect in a deity is a core factor why people no longer have any meaningful regards for marriage vows. This can be buttressed by comparing the statistics of divorce in the past era when our parents and grandparents where very close to God.

The good news is that divorce rate between couples with kids is about 40% less than that between couples with no children. Even with that little number, what kind of message does it send to the kids of these broken and dysfunctional marriages that it is okay to break up and end in divorce? That's a wrong message! A further question is what kind of commitment do we expect from the kids of divorced parents?

Over one in three of children come from dysfunctional homes and the average age for a first divorce is around thirty years old, the median age when most folks choose to have kids. Consequently, many kids are raised in single parent-households in the course of their formative years- a period when they need both parental guidance and influences.

The rate of divorce and the evident lack of regard for marriage vows is a very unfortunate commentary on the state of our modern society. If the union between two consenting adults is no longer a sacred act between two people who ought to make a lifelong loyalty and commitment, then why getting marry at all?

The whole society could return back to a crude and primitive societal structure like the one amongst gorillas and chimpanzees, where nonchalant male and female relationships are the standard and promiscuity is acceptable. Females in heat randomly mate with any male who displays his desire for them, normally all the adult males.

This causes the fatherhood of these babies to be questionable that all the males act like all the young ones are their offspring. But at least the male chimps show some responsibility, unlike their human cousins.

Here's one telltale statistic that is revealing: Amongst couples with strong religious beliefs and practices, the respect for marriage vows is much higher and divorce is much less common. A respect for their faith gives greater meaning to the promise they made in the eyes of their God.

It is always better to work out any differences in a marriage, couples should always choose to talk it out and if the need arises, you can seek professional counseling. For more insight on marriage relationship, please see: Relationship Cheating gt;

Don't forget to Grab our Offer of FREE e-Books: "15 Biggest Mistakes Made..." and " How To Save Your Relationship" 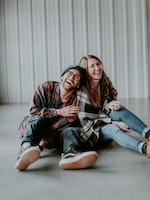 Extramarital Affairs and Ways of Dealing 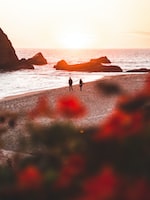 You Can Make a Marriage Work After Infidelity 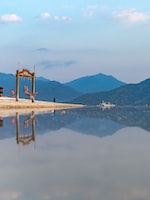 Marriage and Personal Growth Learning to Be Good Partners 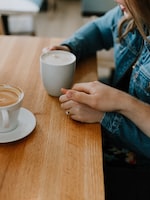 Ideas for Renewing Your Vows