Perennial dating of different people as an alternative to living as a part of a singular, long-term, committed relationship needs to be honored as a choice that some people make. It renders than no less a person nor is their value in any way diminished, prevalent social mores notwithstanding.

The idea that an ideal adult life includes being involved in a long-term, committed relationship is regarded as "conventional wisdom" but is not a clinical fact nor is it a reliable indicator, in and of itself, of a person's overall adjustment, mental health or worth as a person. Some people choose to remain single and enjoy their relations with other adults to be intermittent, time limited and casual.

There is a certain societal pressure that single people are often confronted with that suggests that there is something wrong with them, that they are less than complete and that they really need to find a 'Ëœmate.' People who regard themselves as their friends may even try to facilitate meetings with others that they think might 'Ëœblossom' into long-term relationships.

This is understandable, given the pervasive social expectations, but is at the same time somewhat ironic as one indicator of a true friend is a person who honors and respects the lifestyle choices of their friends.

A person can be single for a lifetime for a wide range of reasons. Some people have actively sought out that idealized 'Ëœother' and have simply not found anyone they would want to stay with on a permanent basis. There are others for whom being single is a clear preference and deliberate choice.

While generally acceptable to people when manifested by a well known and much loved celebrity (George Clooney comes to mind), people who elect singleness punctuated with occasional dating often feel judged or even pitied by their peers, by some even judged as inappropriate and untrue to some divine plan.

Choosing a lifestyle characterized by dating rather than by settling into one long-term relationship is not an illness nor a cause for concern, judgment or pity. The key is always whether or not the lifestyle is the function of a deliberate, conscious choice or if it is a 'Ëœdefault' position for lack of success in attempting others.

Even when the latter is the case, friends respect the lifestyle choices of friends. It is, quite simply, not a one-size (or one-lifestyle) fits-all world. This may seem like an aberrant thought to those committed to a set of values that include marriage and children as being the only 'Ëœcorrect' formulation for a good adult life.

The Shakers never reproduced as an expression of their faith. This resulted in some interesting and unique furniture and in, ultimately, the elimination of those who were called Shakers from the roles of humanity. I guess you can't have it both ways, but you can have it the way it works best for you '" So long as no one is injured by your life-style selection.

Being married, in a long-term committed relationship or electing the life of a single person in one for or another are all legitimate choices and need all be respected, whether the person is a celebrity of some kind or not. Who one is with can enrich or demean who one is. Knowing one's self well and exercising good choice is of the essence.

Lifestyle is, in no imaginable instance, a one-size-fits-all proposition. 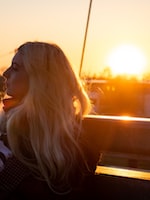 Surviving a BreakUp Without Learning How to Knit 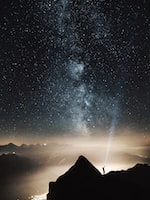 Why Relationships Fail The Fault Dear Brutus is in Ourselves 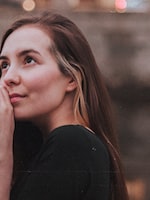 Could Your Dating Style Be PreDetermined by Nature 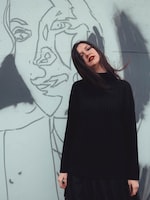