I was working the security desk at Oliver Hall on the campus of the University of Kansas. It was the greatest job I have ever had. I was paid to sit around all night, eat pizza and talk with my friends. There was only 2 rules to my job; 1. After 11:00pm no one was allowed to enter without some form of ID. 2. A security round needed to be made every hour throughout the night. As it turns out, those two rules allowed me to meet the women that I now call my wife, Kristin.

Just after midnight a group of girls came back from celebrating Kristin's birthday. Every girl had their ID with them, every girl that is except Kristin. They had made her leave her wallet in the room so that she wouldn't be able to pay for anything that night. I couldn't let her in, but her friends were more than welcome to go get her ID for her and bring it down. Besides, that would give me more time to stare at the most beautiful woman in the world. They were to be back in less than five minutes. Well, five minutes turned into ten minutes, and ten minutes turned into twenty. We later learned that they had found another party in the building and had completely forgotten that Kristin was stuck waiting downstairs in the lobby.

The two of us started talking about anything and everything. Well, that's not exactly true. I think I may have said five words all night. I just listened. She never left my side. She joined me and talked while I went on my rounds. She talked while I watched the front door. She even talked through the door to the bathroom. It was music to my ears. Everything about her was perfect. I knew that night that she would someday be my bride. I knew that if I let her get away I would never meet another like her. We had breakfast the next morning when my shift ended. I would have proposed to her right there had I had the guts to do so. Instead I waited, and waited. After a few weeks it was too much. I asked her to marry me and she said yes. The most perfect woman in the world was somehow going to be mine.

Its now eleven years later and she still takes my breath away. 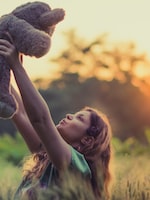 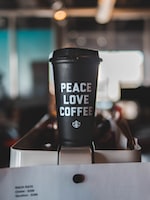 My Second Chance at Love 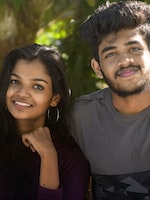 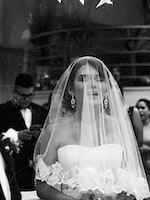 Showing Your Love is in the Small Things