Last Thursday night I got a call from my office asking me if I could take a last-minute appointment. I asked my assistant about the appointment. She said it was a 30-year-old investment banker guy that was looking for "love."

I thought, oh boy, what's a 30-year-old private banker doing calling a matchmaker to help find him a relationship in NYC. He either must be disfigured or looking for a pimp. As I have said many times before, "Being young, male and upwardly mobile on the island of MANhattan is like winning the lottery."

With 210,000 more single women than single men and an overall attitude of entitlement, men on this island are kings. So when "Steve" walked in wearing his Hugo Boss suit, and his shiny hair and his perfect smile, I couldn't wait to hear what he could possibly need from me. He extended his hand and said, "Hello Matt, thank you for seeing me on such short notice, I really appreciate it." Between his timid hand shake and the sadness in his eyes, I began to immediately reassess what I thought his intentions may be with my services.

Steve immediately began to explain what it was really like to be a young Manhattan bachelor. He told the story of a young guy that was barely holding onto his sanity from the demands of his 90-hour a week banking job that provided him with absolutely no security or sense of self worth. He felt that any extra-curricular activities (happy hour) he had with co-workers were a mere extension of his work week and were used for ulterior motives to get ahead at the office. He felt that his self esteem was completely dependent on his career success and at this point, he felt that he was worthless. This of course resulted in terrible anxiety when it came to women. He explained that when he first met a woman, he was so concerned about what she was thinking of him that he was unable to have an interesting and compelling conversation.

The saddest thing he said was that he just felt like he was totally alone in his life.

I honestly was at a loss. He certainly looked the part of the other thousands of guys I had interviewed for my matchmaking database. These guys were flashy, borderline arrogant and super confident, at least on the surface. Then it occurred to me, could Steve be a true representation in the flesh of what lies within these MANhattan bachelors? Maybe that's why all of these guys are terminally single. Maybe that's why it took me years to put together a database of guys that were truly serious about a relationship. Maybe these "young turks" of Manhattan overcompensate with their "player" like behavior to hide the weak, scared little boy that lives within their soul.

Could their inability to emotionally connect or consistently see one woman for an extended period of time be the result of self doubt and the fear of a woman hurting them? I always thought the terminal single bachelors of MANhattan were that way because there was too much ass running around the streets and their behavior was a result of being sexually selfish and just plain immature. These guys ignored their sensitivity and undermined their emotional needs with arrogance and meaningless physical connections with women. Maybe Steve was actually the strongest of all the MANhattan bachelors because he actually was in touch with his emotional state and wanted to improve his self so he could find true love.

I looked Steve in the eye and said, "I truly admire how in touch you are with your emotional state and believe it or not, you are one of the strongest guys I have yet to meet in MANhattan." I went on to explain that I could help him understand that people's inner confidence defines who they are, not the reactions of others. I told him I would help him balance his career and social life. We agreed to start to work together. As we shook hands and he thanked me again, I watched him walk away and pass a beautiful woman. I noticed that he stared right into her eyes and smiled, she did the same. He then turned back and winked at me.

Steve was on his way.

For more on Matt Titus and his services, check out his blog: MattTitus.com 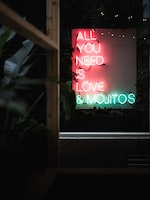 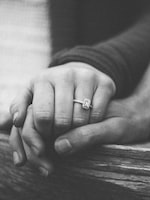 Lesbians Are So Predictable 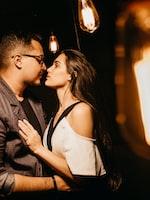 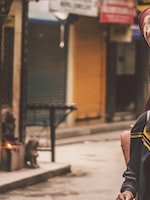