Let's jump into the story and see what went wrong. The date is February 14th and I woke up early that morning with plans of grandeur of the romantic day ahead. The girl of my dreams, Rachel, that I had very strong feelings for unfortunately had to work that day. I planned to send her a dozen roses at her work place to make it known that she never left my thoughts. As clichÃ© as the sending flowers on Valentine's day concept is she made it clear that she always wanted her current boyfriend to make her feel special on this day. Which is what I set out to do.

Along with the flowers I wrote a card telling her that one out of the dozen roses is fake and I would love her til that rose wilts and told her that I would be picking her up from work.

After her work day was done I picked her up dropped her off at her place and told her to get ready for tonight. That night I planned to take her on an extravagant night on the town. Inclusive of dinner, dancing, and her favorite comedy club. I dropped by her house to pick her up and she looked breath taking in her tight, red dress and stilettos.

I drove to her favorite restaurant and we order our favorite food. The evening so far was going great with outstanding conversation between the girl of my dreams and I. She grew more beautiful as the night went on. We enjoyed our time there and had many drinks. By the time we got done with dinner I had way too much to drink and had to use the bathroom badly. I thought to myself maybe I can hold it til we get to the next location.

Next on the agenda was dancing. She loved to dance and with every movement we made on the dance floor I had to use the bathroom more and more. I excused my self from her to go to the bathroom and relieve myself but to my disappointment the bathroom was locked with a sign that said "out of order!" I thought to myself maybe I'll wait til we get to the comedy club. Surely the comedy club would release me from this growing concern.

Our final destination was the local comedy club which is where she always wanted to go. She hugged me tightly when we arrived and was very happy I took her there. I tried another attempt at going to the bathroom with no avail. The comedy club was packed to the limit and all bathrooms were occupied. Rachel and I took our seats at the front table. By this time I was writhing in pain. My bladder was about to explode and I began to lose control. Then that was it I couldn't hold it anymore and I peed my pants while we sat at the table. As pee ran down my leg I began to think maybe I could sneak out of the club, change pants and be back in time to see the show.

While lost in thought I didn't notice that the show had started already and the comedian was coming to our table. He got to our table and started making jokes about my pee soaked pants. I was mortified! I looked over at Rachel and she looked disgustedly at me. The whole club was laughing at my expense.

Feeling thoroughly embarrassed I left the club to change pants. When I return to my table Rachel was nowhere to be found. Then I walked out of the club to find her and I saw her being escorted by the comedian to his car. I called out her name then she looked at me and they both started to laugh. Anguish filled my heart as I watched the comedian drive off with the love of my life.

I drove home to watch some television and was shocked at what I saw next. Unbeknownst to me the comedy show was a taped performance so everyone in my town saw the horrible night I had. I will never forget that awful Valentine's Day when I lost my girl, my favorite pants, and my dignity all in the same night. 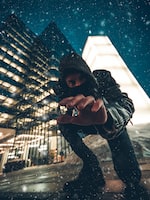 Valentines Day with a Dash of Consequence 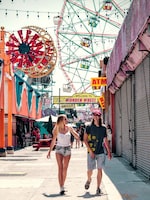 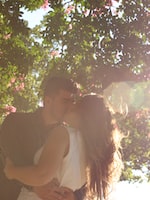 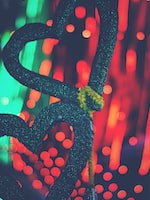 50 Romantic Things to Do for Valentines Day when Youre Broke