Monogamy, it seems, is on the outs with the American public.

New studies each year show more and more couples rejecting the notion of monogamy. So what do you believe? Husbands and wives, listen closely: do you trust your partner?

Conservative sources claim promiscuity is most common among homosexual relationships. I don't want to ruffle any feathers, but these "sources" are wearing rosary-colored blinders. The desertion of monogamy is as apparent among gay couples as it is among straight ones.

Homosexuals are used to derision from the holier- than- thou crowd, so they carry on affairs openly, at times. Many conservatives choose instead to hide it. Why not? They have the weight of the church threatening to crush them if their misdeeds are revealed. Where is Jimmy Swaggert, these days?

THIS AMERICAN LIFE, the NPR produced program from Chicago,

did an episode on monogamy in mainstream America in 1998. They pointed to a news story largely lost amid the Lewinsky scandal.

Roy Romer, governor of Colorado, had an affair for nearly two decades with his family's full cooperation. The NPR program further profiled several couples that chose open relationships. The psychological after-effects were outlined.

New Jersey Governor Jim McGreevey was thrown out of the closet last year amid blackmail threats from his Israeli lover. Friends of the family claim that McGreevey's wife Dina Matos was wholly oblivious. Other sources said she was at least suspicious.

Casualness and emotional detachment are more common in men than women. Men readily sever sex from love. Women, on the other hand, are getting better at it. My friend "Stacy" is a prime example.

In her search for the ideal man, she snagged loser after loser. Finally, Stacy settled into an easy rhythm (It's fun!) with a friend of hers, a man who is chin-deep in a long-term relationship with a female investment banker.

If monogamy is cast aside for "fun," can a long-term affair yield any positive results, other than the release of sexual tension? Is that wrong? Why do so many men complain about humdrum sex, about boredom in the bedroom with the woman they promised to cherish forever?

So many questions, so few answers.

At the very least, relationships deepen emotionally with time, and those who do encounter hardships should be strong enough to withstand the universal tendency (of men and women) to- at the very least look- and at the very most stray.

After all, it's love we're fighting for. 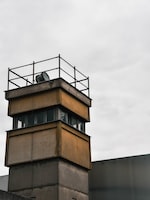 Internet Relationships Can They Work 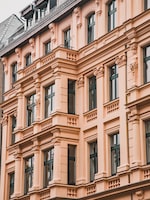 A Funny Love Story to Remember 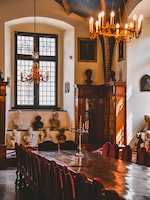 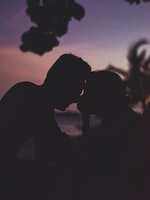 When Valentines Day Has Nothing to Do with Romance