When we think about 'Ëœmixed' dating or a 'Ëœmixed' marriage, we might each be thinking about different things. The 'Ëœmix' usually is not a reference to any one set of specifics. It is, more commonly, a way of characterizing a relationship with someone who is different from yourself in some way deemed consequential by someone -- or by the family, neighbors, community or larger society in general.

When I was young, if a Jewish boy dated (or, heaven forbid) married a non-Jewish girl, this was called a 'mixed' relationship or marriage.

Among the Christian neighbors I grew up with, one kind of Christian (a Catholic, for example marrying a different kind -a Protestant of some type) was regarded as being 'mixed' at best -- disrespectful and inappropriate at worse. Everyone seemed to think that anyone engaged in a 'mixed' relationship of marriage was somehow either mixed up or was 'acting out' deliberate rebelliousness. Before I hit adulthood, while that language was still common, it was more often applied to couples of different races.

It probably always was an issue but, where and how I grew up, that was not even discussed, except for the brief flurry of talk about Sammy Davis, Jr. (who we regarded as one of our own because, though black, he had converted to Judaism) when he married a white woman, Swedish-born actress May Britt back in 1960. This made his racially mixed marriage odd but, to us, acceptable.

Today, as was the case when I was young, what defines a 'Ëœmixed' date, relationship or marriage is dependent on the context and the points of view of the people who decide that the label of 'Ëœmixed' applies. It is a purely subjective as that.

Some people regard the social or romantic interaction between certain social classes as being unacceptable mixing. This historically dominant notion, particularly in countries that include, most dramatically, Great Britain and India, has faded considerably but remains an ever present, albeit lesser thread in the weave of their fabric of social expectations and unwritten rules.

South Africa, these very United States and many other countries share histories in which there was simply little if any socially sanctioned inter-racial dating and marriage.

In academic circles and certain social sets who regarded themselves as being desirably elite, it would be an unacceptable mix for a College graduate or professional person to relate, by date or continuing relationship, to a person of lesser intellectual development or achievement. Perhaps surprisingly, the opposition to 'Ëœmixing' was not always a 'from the top down' phenomenon.

Some impoverished people are as biased against the well-to-do as is the converse.

There are times when mixed dating is engaged in for ulterior motives, At times, reflecting a deliberate display of a rejection of traditional values. Relationships that begin as social statements are less promising in their long-term outcome than are those begun driven by people demonstrating their attraction to each other rather than their deliberate avoidance of what they have been taught is expected.

There are social circles in which mixed dating and marriage is actually highly valued, reinforced and encouraged. We hear less about this, but that is not because the activity does not occur. It is more apt to be a reflection of what makes 'news' that will draw the attention of someone reading a newspaper or magazine. Television news, too, tends to focus on information describing war,

The bottom line is that the 'mixing' is in the mind of the person who thinks that way and uses the term in a way that connotes some kind of breach of accepted etiquette.

Crossing an implied or explicit social boundary is not without consequences, but as Virgil was originally credited with saying in ancient Rome, "omnia vincit amor," Love Conquers All. 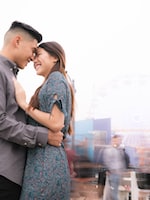 Playing Cupid Has Never Been Easier 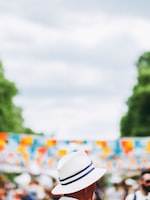 10 Key Signs You are Dating a Married Man 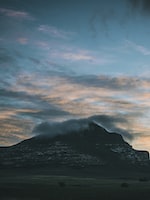 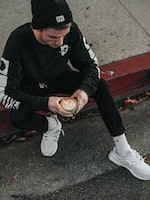 How to Enter into a Relationship