The trend in the past decade seems to be co-habitation. Though still frowned upon by many religions and not always approved of by the older generation, more young couples today are taking the step to live in the same house or apartment before even thinking about getting married. The reasons for this are varied. Some, especially college students, do it for financial reasons, realizing the amount of money that can be saved when two people split the rent for one place. Others may move in with their significant others to get away from family troubles. Still others just want the feeling of a 'home' with the one they love without the stress of having to get married. Whatever the reasons, many enter into the co-habitation contract without realizing some of the new issues that living together will bring up.

The first thing to consider before moving in with your significant other is whether or not you're truly ready. For many, this seems like a no brainer. As part of a couple, especially one that's close, you might think that there's nothing more you'd like better than to come home every night and wake up every morning to the love of your life. Sounds fantastic, right? Well, for many it is...at least until the honeymoon phase is over. The fact is that living with someone, even the person you love, isn't always going to be a cakewalk. When the time comes to consider co-habitation, sit down and take a long, hard, and brutally honest look at every aspect of the situation. Start with the basics, like the frequency of fights or arguments. Couples who tend to argue a lot will find that living together only increases the chances of fighting. Living apart, lovers can retreat to completely separate homes if need be to cool off. Between the same four walls, however, it's hard to calm down, especially if you're the type that pushes a fight to its max. Next, decide what's important to each of you where personal space is concerned. Most women and some men find out only after they've moved in together how much they valued their own bathroom time, especially when the other person takes a little too long in the shower or in front of the mirror. Comfort level with each other is also a big issue. Let's face it (and I'm not intentionally being lewd here)...if you can't pass gas in front of each other, co-habitating probably isn't your best move at this point. A dual living arrangement is very intimate and goes beyond any "sleeping" habits you may have already begun. Be prepared, because when you live in close quarters with someone, you're going to see everything...and I do mean everything.

The next step to knowing if you're ready is to take a look at each other's habits. It's a common thing for couples in that haze of a new relationship to find themselves in complete adoration over every little thing the other does. In the first few weeks or so, it won't matter if your boyfriend just leaves his clothes in a pile on the floor or if your girlfriend has a habit of clipping her toenails right in front of you. On Cloud Nine, after all, nothing is bothersome. But as time wears on, those little habits start to become annoying and pretty soon they're just downright obnoxious. If you've gotten to the obnoxious stage and still find that you can handle it without a big scene, you may very well be ready to co-habitate. However, if those dirty underwear that you used to find sexy hanging from your doorknob (don't lie...you know you did) just make you want to gag, better rethink that whole plan.

So let's say you've sat down and talked, have come to terms with each other's bodily functions, and seriously believe you're ready to move in together. Congratulations! You've truly taken the first step towards commitment. Now, however, there are several things you're going to need to take into account as new co-habitants of one living space. It's not all going to come at once, mind you. In fact, some issues might not even pop up until you're about six months into your newly living together cloud of bliss. But be prepared. They are very real and could show their ugly heads at any time. Take for instance, the subject of bills. How are they going to be paid? Does living together also mean it's time for a joint account? Will one person be in charge of all the bills? Will all costs be split? For many of you, it's easy to say, "No problem. We split it, 50/50." Great plan, but what do you do when your significant other can't come up with the money...for three months in a row? Even if you can cover it, there's a good chance you're going to start feeling resentful and it's going to take a toll on your relationship. With utilities, there's also the possibility of the "You watch more TV so you should pay the bill" argument, ditto with phone and internet. It should be noted that money seems to be the root of most arguments in a relationship.

Beyond money, you also start dealing with the issue of food, not only who buys what but who cooks it as well. If you're both working long hours, neither may want to prepare dinner at the end of the day. Or if your significant other simply decides they don't want to cook, you may be stuck picking up the slack or eating a lot of takeout, which again takes you back the money situation. Then, there's the remote control issue. Think it's just a funny joke? Just wait until you each have shows you want to watch, only one TV, and no TiVo. A lot of irritation can be produced by someone who can't get their weekly dose of "CSI" because it conflicts with "Grey's Anatomy". Cleaning is another issue that co-habitating couples have to deal with, deciding who does what and who picks up the slack if it isn't done. Want to have friends over? Once you're living together as a couple, it's not always easy, especially if your partner isn't crazy about your friends and vice versa.

Then there's the big one. No couple even wants to think about this one, and most will tell you that it would never happen anyway. The big thing that you must take into consideration when moving into together is what will happen if you break up. I can guarantee that 95% of people moving into a co-habitating situation won't even think of this because after all, they wouldn't be moving in together if they didn't love their partner, and if they love them, they'll never break up with them. But things happen and the real world doesn't always work out the way you want it to. So if you can bring yourself to do it (which hopefully you can since there's nothing wrong with at least being prepared), make sure you have a plan for the big "what if." Who gets the security deposit if you haven't wrecked the place at the end of the lease? Would you be financially stable to move out on your own if need be? And be truthful...how do you think you can handle it emotionally?

While this may come across as a very discouraging piece, it's not meant to be. As someone who has lived with a lover in the past, I'll be the first to say that it does have its advantages. You do save money when you co-habitate, you do find a lot of comfort in waking up to the same person every morning, and once a good routine is established, it can become a happy familiarity. Once all the possible consequences are weighed and you still feel like it's a step in the right direction, then proceed with your move to live together. If you go with the right attitude as well as the right amount of caution and preparedness to deal with these and many other types of "couple" issues, then you could very well be on your way to co-habititating bliss. 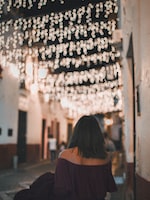 Practical Reasons Not to Live Together Before Marriage 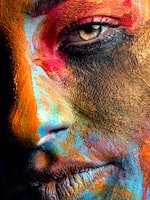 Practical Reasons to Live Together Before Marriage 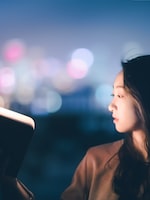 It Might Be a Mistake to Live Together Before Getting Married 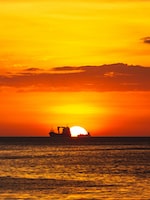 Tips for Living Together