Bad boys - the bane of our dating existence. The bad boy is typically arrogant, bold, inattentive, selfish, uncaring and does what he wants when he wants. Those aren't exactly attractive qualities, yet many women are drawn to them anyway. Bad boys leave a trail of heartbreak and anger behind them without thinking twice and the sad truth is, deep down we likely saw it coming and chose to ignore it.

You may be thinking "There's no way I ever saw it coming. I would never intentionally set myself up for heartbreak." The thing is, we've known the applicable characteristics and can even give examples of bad boy behavior - doesn't call when he's supposed to, blatantly flirts with other women in front of you, stands you up - yet many of us can name at least one guy we were involved with that exhibited such behavior after we already knew this information. I know, it's not a pleasant realization.

Before you learn how to stop dating bad boys, it's important to know why you're attracted to them in the first place. The stereotypical bad boy comes across as exciting, confident, sexual, mysterious, intriguing and very likely excellent in bed and sexy as hell. Although this sounds ideal, he can make a woman jealous, paranoid, angry and upset and she'll likely never know where she stands with him. The bad boy is slightly (or very) troubled and many women want to help him, save him and be the one to change him for the better. He's also lacking certain components - reliability, stability and sensitivity among other qualities - that help make a relationship work well. If you want to skip the drama and heartache and land a nice guy, here are some tips for how you can stop dating the bad boys.

Date a Man that Makes you Happy

It sounds simple enough, right? Unfortunately, dating bad boys often comes with more downs than ups when it should be the other way around. A woman can often be so worried about getting his attention and helping him feel better that she forgets she needs him to treat her well too. If a man doesn't make you feel like he's the luckiest guy in the world because you're in his life, then it may be best to find another guy.

Add Excitement to Your Own Life

When you're lacking something in your life, sometimes it seems easier to seek it elsewhere than it does to make the appropriate changes on your own. Add excitement to your life by tackling your bucket list and doing the things you've always wanted to. Create excitement in your own life instead of waiting for it to appear via a bad boy.

Date a Man that Excites You in Positive Ways

Even if you have enough excitement in your own life, there's no problem with finding a nice guy that's exciting in positive ways and that brings his own rush of energy into the relationship. If you want unpredictable and exciting, go for the man that wants to take spontaneous road trips, keeps things interesting in the bedroom, sends you flowers for no reason and is up to trying different activities and seeing different places. He'll keep you on your toes, but puts a smile on your face at the same time.

Date a Man for Who He Already Is

You can't change a man. A man will only change when he's ready to and the truth is, he may never be ready. You can't wait around for something that may never happen. As much as a woman can influence a man, he makes the ultimate decision on when and if he's going to be a better person. Instead of dating a man because of who he potentially could be, date a man for who he already is.

Date a Man That is Present

A man will make himself present in your life if he actually wants to be there. You likely don't want a man hanging around constantly, but you also don't want one that always disappears for long periods of time. A nice guy doesn't play the "keep her in suspense" game by purposely ignoring you because he thinks it'll keep you interested. He doesn't talk to you when he's busy, but contacts you when he's not. While a bad boy doesn't call, may text you if he's bored or it's convenient and rarely asks to see you if he knows it won't involve sex, a nice guy will schedule dates with you in advance (in addition to some spontaneous dates) and contacts you just to see how you are. He's around when you need him and makes sure to support you through good and bad.

When you're out with a man, he should be paying attention to you and flirting with you, not staring at the waitress's breasts or giving a flirty smile to the hot woman across the room. He should hold your hand in public and not yank it away when he sees his friends. A nice guy likes being with you and he shows it. I once went on a date with a guy who was grinding on the dance floor with a woman while I went to get something from my coat - I never went on another date with him. I did, however, continue to date a guy that told a woman he wasn't interested when she tried to hand him her number after she saw me step away for a few moments. Keep in mind that there are plenty of men that refuse a guaranteed opportunity, regardless of whether or not they'll get caught, if they already have a woman in their life.

In order to get over your habit of dating bad boys, you must elevate your confidence level. Improving your confidence plays a big part in finding a nice guy because then, you'll know your worth and you'll refuse to let yourself get involved with bad boys. There are an abundance of exciting bad boys; it's the nice, exhilarating men that are more difficult to find. They're rare and one is worth more than any collection of bad boys - hold out for that rare man that you deserve. 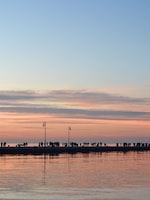 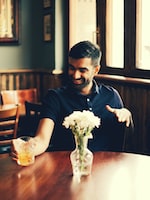 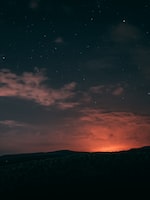 Not Engaged After All 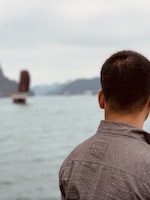 My Date With an Eye Licker