"I want you to make me feel special!" she wails.

A moment of consideration on your part, "Can't you be a little more specific?"

And that's when the claws come out.

(Even if it doesn't, keep reading. There's always room for improvement.)

The thing is, a lot of fights that you have with your girlfriend have the same issue at heart, and you can avoid them easily by keeping her happy, secure, and feeling "special". This is so much easier than it sounds, and it's in your own best interest if you want to spend your time making love instead of making war.

What the hell does 'special' mean?!

The problem with words like 'special' and 'romantic' is that they're so damn vague, it seems impossible to figure out what it is she wants. And god help you if you ask for clarification. It's not like she can't tell you -she could probably give you a list a mile long! It's that she doesn't want to tell you because telling you makes it less special. Still confused? Imagine this: if you have to practically beg her for sex and then she sleeps with you, is that as good as her jumping your bones the moment you walk in the door?

It's not complicated. Because her list is a mile long, you can pretty much do any little thing you can think of, and it's bound to be on there somewhere. It doesn't matter what it is, and it doesn't even have to cost anything. As long as you put a little bit of effort into it, you'll show her that you're paying attention. It's that easy.

Some ideas: leave a note on her car, stop by her office with a cup of coffee, pick up a book she's been meaning to read, bring her a flower, get her a copy of her favorite magazine

You don't have to make big, grandiose gestures (although they're nice, once in a while) because it's the little things that count. My boyfriend, for example, always turns the heated passenger seat on before he picks me up. He started doing it out of nowhere and never said a word about it. It's such a little thing, but it shows he cares, and it makes me smile every time I think of it. That's what you should aim for. Do something little all the time, and the payoff is huge.

Meanwhile, if she asks you what you want to do tonight, and you say I don't know (every time!), you just lost 10 points. Plan a night out. It doesn't have to be expensive. A man who takes charge is a major turn-on.

But I just talked to you this morning...

This is, by far, the easiest thing you can do and super effective: call. Don't have anything to say? That's fine, call to say hi. Or even text her or e-mail, if you don't have the time or the inclination to actually have a conversation. You have no idea what a difference this makes, but this lets her know that you're thinking about her.

And don't, under any circumstances, disappear for days at a time.

Didn't we go over this already?

Is she bitching about her coworkers/weight/sister/whatever? Again? Your first instinct is to tell her how to fix it, whatever it is. Don't. Most of the time, unless she specifically asks for your opinion, all she wants is sympathy. So share her good news and her bad news, but not your input if she doesn't ask for it. And keep your irritation in check, even if you have gone over it already.

If I have to be affectionate, my balls will shrivel.

That's a myth. Swallow your manly pride once in a while and tell her you love her. Once a year is not enough. Yes, she may know it, but she still wants to hear it occasionally. And not just immediately before, during, or after sex either. And not just when she says it first.

Meanwhile, a grope or a pat on the butt is great, but it's not enough. She knows you want her, now you have to show you love her (or at least, like her very much). Come up behind her, slip your arms around her waist, and kiss her neck. And don't underestimate the power of a backrub.

...and ditto for communication.

Is it that time again? Time to talk about your feelings?

First of all, this time will be greatly cut down if she's already feeling secure in your relationship. But if you find yourself in this situation, the best thing to do is swallow your impatience and listen. What is she really asking? Most of the time, this is just a matter of reassurance. But sometimes, this is kind of like checking the pulse on your relationship. Be honest and be calm. Don't get defensive if she says you're not doing enough. Instead, tell her you want to work on it and then turn it around. If there's anything you've been unhappy about, now's the time to say it. Just don't be too blunt. If she asks you where you see the relationship going, and you don't have an answer, tell her that you love being with her and you guys will see where it goes. Remember, this is your chance to stop problems before they start. If you avoid talking about your feelings and your relationship, whatever problems you already had will only get worse.

Instead, focus on what you like about her. Give her compliments, especially if it's obvious that she made an extra effort to look good. The best way to get her to stop wearing sweatpants is to tell her she looks amazing in tight jeans. Not only will she make more of an effort if she can see it's appreciated, but she'll be happier, more comfortable, and more confident if she knows you think she looks hot. And that's how you make your girlfriend fulfill her true hotness potential. Incidentally, that's also how you get laid.

There's a reason I put this one at the end. If your girlfriend is secure and happy, she'll trust you more. And she will not have a problem with you going out with the guys. Women are only clingy if you give them a reason to be. If she feels like the relationship is going well, she's going to have no reason to try and control you.

Also, it's a good idea to rephrase "guys night out" as "Babe, I'm going to have a few beers with the boys tonight, do you mind?" See the difference? The first example has extremely bad connotations. It makes it seem like you can't get away from her fast enough for a wild night of partying with your friends, which will include leering at women and drinking twice as much as your liver can handle. And while that may very well be true, it's still better to rephrase your statement as a question. This way, you sound like you're just going to catch up with your buddies over a couple of brewskies, if she doesn't mind. 9.9 times out of 10, she won't. Why would she? And plus, she'll be pleased that you were considerate enough to ask.

Want extra brownie points? Text her while you're out.

Oh, it is. All it takes is a little bit of effort, and you'll see the results in no time. If your girlfriend's happy, you'll fight less which will make you happy. And don't think it goes unappreciated. Women notice these things. If you treat her better, she'll treat you better, too. 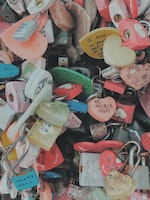 What to Do when a Girlfriend or Boyfriend Cheats 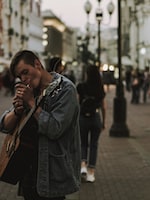 Should You Get an Exgirlfriend a Valentines Day Gift 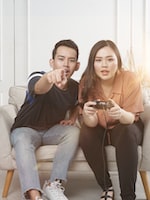 Is My Girlfriend Cheating on Me 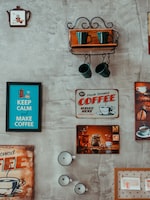 How to Patch Things Up with Your Girlfriend