Once you've reached some sort of resolution, even if it's just a cease fire, it's probably good to head to your separate corners. It helps to break the spell, the heavy cloud you're both under as you stare at each other in stunned silence. Put some distance between you and let the negative energy dissipate. Distract yourself for a little while with a favorite book, CD or movie. Burn off a little steam by doing chores around the house or taking a run on your treadmill. Go for a walk outside. Giving yourself some time and space will help you cool down, so when you take the time to rethink the argument, you'll have more perspective and clarity.

The time apart is good for your husband, too. A lot of guys will say horrible things when they're unprepared, things they don't even mean. If you let him sit and ponder the argument for awhile, many times he'll realize how badly he's screwed up and he'll figure out how to phrase what he was really thinking. Particularly if he's got a hair-trigger temper, giving him time to calm down will also help you smooth things over afterward.

When you've had a little time to replay the argument in your mind, some questions will probably jump out. The whole "Men are from Mars..." business is valid. Men and women often do interpret words and actions in completely different ways. Women also tend to muddy the waters of the argument with a lot of past hurts, and guys end up confused about what's really gotten you mad. Once you've figured out exactly what got you upset in the first place, it's a good idea to express that to him clearly. Be careful not to attack; just tell him specifically what upset you and how it made you feel. You'll be surprised how many times you'll find out that he had no idea that was the problem--and that you also may have misinterpreted what he said or did. Figuring out what you were really arguing about is a fast way to getting over the fight, especially on those occasions when you discover you were both on the same page after all.

Men often joke about saying sorry to their wives all the time, even when they don't know what they're apologizing for. The truth is, this tactic works for women as well. Even if your husband said or did something to hurt you, it's a good bet that you had some strong reactions that hurt him as well. Apologizing for your part in the argument doesn't invalidate any of your original concerns, but it's the equivalent of waving the white flag and opening up peaceful negotiations. As one screaming, creating-a-scene-in-the-airport wife attests to in The New York Times, sometimes you have to look at yourself through your husband's eyes and own up to your own bad behavior. That simple apology can be cathartic, and once he feels your sincere remorse, he's a lot more likely to express his own.

If you're still dealing with strained silences hours or even days after your argument, try to find a distraction to jar you both out of your bad moods. Sit down together and watch a comedy film or your favorite sitcoms on TV. Laughter releases tension, and it creates a feeling of unity when you're both smirking over a particularly good line. Plan a night out with mutual friends. You won't want to fight in front of them, and having a neutral third party engage you in conversation will take some of the pressure off and allow you both to relax. Once you relax and let your guard down, you'll probably fall back into your usual patterns, and you'll find yourself holding hands as you leave the restaurant. When you feel that camaraderie again, it will help you get past the bad feelings you've been harboring.

The ultimate distraction, make-up sex can help you get over a fight in a hurry. The physical activity helps you burn off some of that anger and adrenaline, and all of those pleasant sensations will temporarily wipe your mind of any bitter thoughts. As Health Magazine notes, make-up sex also helps foster intimacy, so you can end up feeling even closer after your fight than you did before it. In the calmness afterward, you might also reach some of that clarity mentioned above, and the distraction can turn into some solid solutions to your disagreement.

While make-up sex can be an enjoyable and healthy resolution to arguments, make sure it doesn't become a way to avoid your problems and continually postpone a real discussion about them. You also don't want to make angry sex the only sex you ever have; it's important to have an intimate relationship that is largely free from fighting and stress.

If the bad feelings persist, and you can't seem to find an acceptable resolution to your argument, you should consider seeing a couples counselor. Sometimes you need an outside opinion on issues you can no longer see clearly, and a professional's knowledge in psychology will help her to identify possible hidden motivations or fears you both may have. Once you can figure out what's really going on, you'll have a better chance of solving your problems and reaching a compromise or solution you can both feel good about.

More from this contributor:

What You Hate About Your Man's Morning Ritual

Improve Your Wardrobe to Spice Up Your Marriage

How Do You Get Men to Do More Housework? 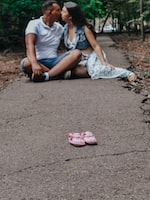 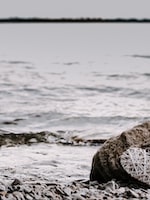 Simple Ways to Show Love for Your Husband on Valentines Day 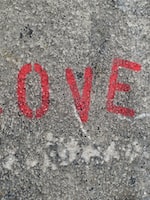 My Husband Wants Out of Our Marriage 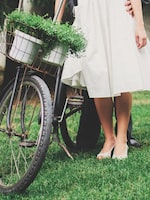 Top Gifts for Your Hard to Buy for Husband