Deceptive communication has been a study since the late 1960's-70's (Miller, et al., 1986, p. 496). Over the years deception detection has been a focus for research in the field of communication (Park, et al., 2002, p. 144). This paper will show the qualitative and quantitative methods used to research the problem statement involving detecting deception in marriages, past research done, discuss what methods were used by past researchers to study this topic as well as related topics, and future research possibilities.

A vast amount of research has been done by researchers regarding deception detection, and deception. Researchers have studied how people can detect lies in general (Park, et al., 2002; Anderson, et al., 1997) to the accuracy in detecting deception (Burgoon, et al., 1994, p. 303). Others have looked at interrogators and observers and their ability to decipher between truth tellers and liars (Granhag amp; Stromwall, 2001, p. 603). Deception in romantic and close relationships has been examined (Boon amp; McLeod, 2001, p. 463; Peterson, 1996, p. 279; Cole, 2001, p. 107; Miller, et al., 1986, p. 495) as well as a study done "determining the difference in the degree to which deception occurs in heterosexual versus homosexual/bisexual intimate relationships" (Burdon, 1996, p. 77). Deception detection in a marriage setting has been ignored, but others have studied marriage in terms of marital partners' perceptions of marital maintenance strategies (Baxter amp; Dindia, 1990, p. 187).

Many researchers have studied how people detect lies, why people deceive, and what types of deception are used to deceive. These studies consist of quantitative and qualitative research methods.

The most popular quantitative methods used in researching deceptive communication and deception detection are the surveys and questionnaires. Blair, Nelson, and Coleman (2001) developed a demographic questionnaire "to identify relevant general background information of the participants" (p. 62). This questionnaire highlighted questions on age, sex, ethnicity, year in school, sexual orientation, number of past dating relationships, involvement in a current relationship, and duration of the current relationship. Nineteen deception strategy scenarios were then developed to "measure how likely participants' felt they would be to use contradiction, omission, distortion, or the truth in certain situations" (p. 62). Each item was rated separately on a five point Likert-type scale (1=not very likely; 5=extremely likely). One limitation stated regarding this study was the scenarios did not cover nonverbal physical types of deception that women were reported to use. The scenarios only measured forms of deception that are not an integral part of women's mating strategy. Another limitation of this study was "all the instruments were self-report measures and could only reflect individuals' perceptions of themselves" (p. 69).

Metts (1989) used a questionnaire asking respondents to think of a person currently in their lives and answer the questions to the questionnaire with this person in mind. The first section of this questionnaire asked questions pertaining to the respondent's age, sex, his or her partner's age and sex and length and type of relationship. Other questions included (1) How close is this relationship? (2) How committed are you to this relationship? (3) How committed is your partner to this relationship? (4) Rate your level of satisfaction in this relationship. These questions were scored on a Likert-type scale 1 representing low and 7 being high. The second half of this questionnaire contained two open-ended questions. The first "Please describe in as much detail as possible a situation in which you were not completely truthful with the person you have been thinking of." The second "Explain why you dealt with the above situation in the way you did. Describe your reasons or motivation in as much detail as possible" (p. 164). One limitation in this study was "respondents were assured of anonymity, a social desirability bias may have influenced responses" (pp. 174-175).

Another study determining the way people detect lies (Parks, et al., 2002) used a survey containing five open-ended questions and two demographic items in reference to a situation where someone had lied to them. Participants were asked to provide the researchers with as much details as they could remember. Missing from this study were complex factorial designs, the sample size was not large, and the participants were not randomly selected (p. 152).

Reinard (2001) states two reasons to use interviews, the first "It may be difficult for people to ignore a live person who asks questions" (p. 238). The second reason Reinard states "The interviewer may record information as a respondent's manner and nonverbal actions that might be lost with the questionnaire method" (p. 238). Interviews are a way of receiving answers to research questions researchers have. An in-depth interview would be a good first step to get information to develop survey research for the problem statement being proposed in this paper.

Gallup and Rae (as cited in Reinard, 2001) gave six recommendations for interviewers:

1. Questions should be brief and to the point.

2. Words and phrases should be simple and in common day-to-day

use among all groups in the community.

3. Questions should not use words which have strong emotional content.

4. Avoid possible bias or suggestion in favor or against a particular point of view.

5. The questions should include all the important alternatives which may emerge on a given issue.

6. When the individual is being asked to choose between different alternatives, this choice of alternatives must be given as early in the interview as possible (pp. 238-239).

Interviews would be held whenever the marriage couples could find time to participate to accommodate with their time schedules. The interviews would take place in a room that is set up in a living room fashion to make the couples feel more at home and more comfortable. Snacks will be served as an incentive.

Once the separate interviews are done both husband and wife will be interviewed together in a debriefing interview and these answers will also be recorded. The answers to both separate interviews will be compared. The list of questions would start with a funnel question that is open-ended related to how these couples detect deception in their marriage and then follow up with more narrow open-ended questions (Reinard, 2001, p. 241).

Advantages to using in-depth interviews as a way of getting a deeper look at how people in marriage relationships detect deception include getting deep answers to the problem statement in this paper, it is harder for participants to ignore the questions being asked, actions and nonverbals can be recorded, participants can respond in their own words, and it is cheap to conduct. Disadvantages include sampling for these interviews are not random, questions can become bias, couples may not come for their scheduled interview time, and the population is small.

For future studies a more qualitative method could be conducted to get a deeper understanding of how marriage couples detect deception, such as taking a random sampling of marriage couples and interviewing them.

Questionnaires and surveys seem to be the most commonly used methods in researching deception and deception detection and this would be a good method for this study. A version of the questionnaire done by Metts (1989, p. 164) would be used to measure how people in marriage relationships detect deception, and the status of their marriage. Ten questions would be asked that were developed from the in-depth interviews that have already been conducted. The beginning of this survey will include demographic questions to help better understand who the participants are. The answers could be decoded by placing the surveys into categories of the different deception detections used (See Appendix B).

The term survey means the process of looking at something in its entirety (Reinard, 2001, p. 225). By using a survey in this study a wide range of couples from recently married to those who have been married over 20-30 years can be studied. Also in order to find if there is a correlation between a married couple's sexual orientation, ethnic background, or religion has anything to do with the way they detect deception.

The sampling for this method would be non-random. The survey would be sent out to churches, homes, and put on the Internet, etc. Telephone surveys could also be done in this study.

Advantages to this method include it covers a wider range of marriage couples then did the in-depth interviews, and a correlation might be found between a couple's sexual orientation, ethnic background, or religion and the way they detect deception. Disadvantages include this study is not random so many people will be left out of this study, a person's actions and nonverbals cannot be seen, some people do not answer honestly on surveys, and getting people to cooperate could be tough.

In a future study a replication of this study could include those in the population that may not have been covered in this present study.

This paper has proposed a problem statement researching how people in marriage relationships detect deception along with related sub questions, past methods researchers have used to study this topic and related topics. This paper also proposed in-depth interviews with ten marriage couples and a survey as possible methods of research on the problem statement. This paper showed that questionnaires and surveys are the most common methods used to conduct research on deception and deception detection. Possible future research was suggested to improve the weaknesses in this study.

1. How do you detect lies in your marriage?

2. For what reasons do you lie to your spouse?

3. How many years have you been married?

4. What is your sexual orientation?

5. What are your beliefs?

These questions would be asked while recording the participant's actions and nonverbals.

Please fill out this survey as clearly and honestly as you can. Either circle the right answer that best applies to you or write in you answer.

6. How long have you been married?

7. What religion do you practice?

9. How do you determine your spouse is lying to you?

10. For what reasons do you lie to your spouse?

Boon, S. D., amp; McLeod, B. A. (2001). Deception in romantic relationships: Subjective estimates of success at deceiving and attitudes toward deception. Journal of Social and Personal Relationships, 18 (4), 463-476.

Burdon, W. M. (1996). Deception in intimate relationships: A comparison of heterosexuals and homosexuals/bisexuals. Journal of Homosexuality, 32 (1), 77- 93.

Metts, S. (1989). An exploratory investigation of deception in close relationships. Journal of Social and Personal Relationships, 6, 159-179. 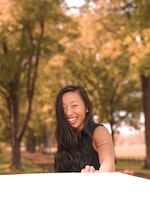 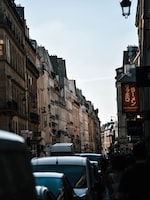 The Ten Commitments of Marriage 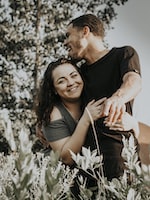 Living Together Before Marriage A Girls Guide 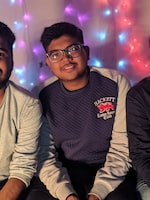 Abusive Relationships Are You in One