Since I was not making the salary even close to his, we discussed the financial situation and he was extremely supportive and said, "Well if we get married, one of us should have a college degree and since you have one year left, I nominate you." Very sweet, right? But in his "guy" language he was saying he saw a future with us and that when we decided to get married and begin our own family, he felt it was important for one of us to be college educated. Since there was no way he was going to give college another try, it was up to me and that was all he wanted me to worry about. Not the financials and not working two part time jobs, just school.

A year and half of us going out we moved in together in a nice one bedroom apartment. I suggest if you take this step, don't go for a studio apartment, sometimes you need a little space to yourself. Eventually, quite quickly, I found out that spending time together was a lot different than living together. When you are going back and forth to each other's homes, you tend to make yourself stay awake and show some enthusiasm in seeing your significant other. Well, I wasn't aware that when the excitement wears away, the relationship becomes harder. Where I would stay up till 1 am to spend the time with Aaron, NOW I was in bed, asleep by 10 pm!

Our first year of living together was not an easy one. Yes, it was nice to be living with the person you love and starting a life together but what a difference the relationship takes. Looking back, I now understand why many couples who marry get divorced in the first year, it is not easy! I enjoyed the fact that I had no engagement ring on my finger so if I really couldn't do it, I could walk out with no strings attached. My husband didn't like when I said that but mentally, that was how I felt. There were compromises we both had to make and habits we both found out about each other which we didn't know prior to our moving. For example, somehow I was left dishes in the sink, regardless if I cooked or not. I made a rule that whoever cooks, the other cleans the dishes. That rule obviously didn't apply to my husband and every morning I would wake up to a sink of dirty dishes. The best would be, and still to this day, he says he will clean the kitchen and when I go to look, all he has done is put things in the sink neatly piled. I know we all have our pet peeves and everyone's is different and obviously this is mine.

Another incident I need to speak about is the soon-to-be in-laws and friends. DO NOT GIVE THEM A KEY TO YOUR APARTMENT NO MATTER WHAT! Somehow in the three years we lived in our apartment, it became an open door policy? I would be home studying during the day and my door would open and it wasn't my husband! Unless you set boundaries and let the boundaries be known from day one, do not give keys out to people who don't respect your boundaries. Let's just say by the third year, we had already gotten married and I put my foot down but those two years prior were not fun. Many disagreements occurred because of this as well.

My suggestion when cohabitating together is before you make the big move set some ground rules up. I wish I did and the first few years would have been an easier transition. I feel living together before marriage is a great way to know if this is the person you want to be with the rest of your life. When you involve yourself so deeply with another person's life, it becomes your life as well. My husband got laid off right after we got engaged and we were making plans for our wedding. The six months of him not working was very difficult for both of us, but we helped each other through it and the incident made our relationship stronger. I feel if I didn't make the decision to live together before marriage, my first year of marriage would have been a huge shock, instead of a gradual process. No, I didn't take my husband's name and yes, I hear about it all the time, but our relationship has survived illness and unemployment. If we didn't continually support each other, mentally, physically, and emotionally, then we wouldn't have made it through nine years of being together.

The last very important step in a relationship, living together or not is communication. If you do not communicate with your partner, then just say goodbye to the relationship now. No one is a mind reader and if you think you are, you are dead wrong! Most arguments begin because there is no communication between both partners. Just remember, love and relationships are a two way street, and for it to work, both partners need to be working together and not blaming one another.

My suggestion is if you want to know how it feels to be married to your partner, then take the leap into cohabitation. The amount of time you wait to do this is dependent on the couple since everyone is different. I feel if I didn't take the step, I would have been in for a deep shock. After most of the kinks are worked out, it's a great feeling to know you are making a new life with your best friend and your love. 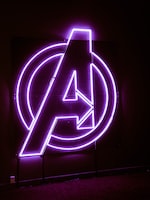 How to Stop Fighting About Money in Your Marriage 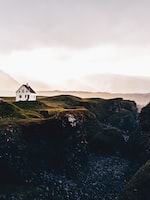 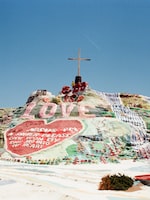 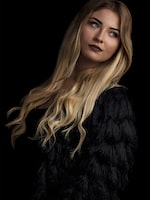 How to Rebuild a Marriage After a Long Separation