Once someone has chosen to cheat on their spouse, they have chosen to bring a ton of problems into their marriage. From STDs to distrust, the scars of an affair never go away. No matter how hard they try, they can't make their spouse totally forget the hurt that they caused them.

The first thing that can come out of an affair is an STD. When people cheat, they tend to lose their heads altogether and they may forget about using protection. And even if they do use protection, it's not always effective. I heard a story the other day about how a woman's husband had brought HIV home to her. She was a faithful wife, and he went out and had unprotected sex with many women, and even some men! Then she got a call from her doctor's office telling her to come in, that they needed to talk to her. Then she was told that she had HIV. Do you know the most chilling part of this story? Her husband knew that he had it, and willingly passed it on to her. He was a monster, as are most people who are unfaithful to their spouses. Now that man is going around and spreading HIV to all the women and men that he was cheating on his wife with.

The second thing that comes out of an affair is distrust. How will you ever be able to trust your spouse again? If they've betrayed you in the past by being unfaithful, who's to say that they won't do it again? I know a lot of men that think that if their wife forgives them, it's like permission to do it again. They were forgiven the first time, most of the time with no repercussions whatsoever. So, they think that if their wife was so stupid to forgive them the first time, they'll be stupid enough to forgive them a second time. And you know what's sad? Most women do forgive their husband's never ending affairs.

The thing that made me cringe when I was reading Candida's article was the fact that she said that people need to evaluate themselves and find out where they went wrong. I'm sorry, but I refuse to take the blame for my husband cheating on me. HE was the one that went against our vows, not me. If I'm doing something so wrong that he feels the need to cheat on me, he should tell me first and let me try to fix what I'm doing wrong. Candida mentioned counseling to try and mend a marriage that has been torn apart by infidelity. Well, how about going to counseling before the infidelity even starts? Why are people so afraid to talk now days? They just act on an impulse and suffer the consequences later.

The only way I see how infidelity could save a marriage is by the cheater being so scared that they will lose everything that they act so loving and caring that the relationship seems like it's brand new for the both of them. You know the saying "You don't know what you've got until it's gone"? Well, that's true for most people. However, most of the time it's the guilt and the fear that makes the cheater act like this, and once they see that they have their spouse back in the palm of their hands, they'll do it all over again.

Infidelity is no way to fix a marriage. You risk your health, your family and everything you've worked for. You also risk your credit and your assets if you end up getting a divorce because of your infidelity. I think that if your spouse is doing something so wrong that you feel like you're going to cheat on them, talk to them first. You don't have to tell them everything, just tell them that what they're doing (or NOT doing) is bothering you and you'd like it if they tried to change it. Marriage isn't an open thing, it's two people that have vowed to spend the rest of their lives together, forsaking all others. Where in the marriage vows does it say that forsaking all others and being faithful is conditional? It doesn't. Being unfaithful is unforgettable, unforgivable and downright disgusting. Don't turn a bad situation into something it's not. 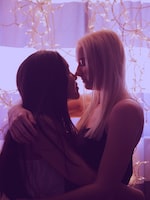 Finding Yourself in a Marriage of Convenience 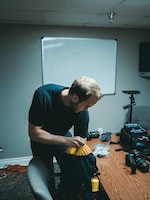 Fidelity as Proof of Ones Exclusiveness 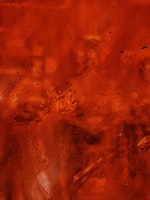 Ingredients for a Healthy Marriage 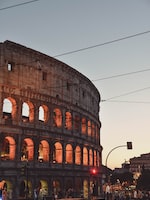