I started dating at a late age. I had not dated that much before I was married. You know the story; married to the childhood sweetheart. Divorced in ten years. The rest of that story is the same one that you hear every day. He had a younger woman.

It is no wonder that I did not want to date. My heart had been broken by the one person whom I would have trusted with my life. I definitely did not intend to go on a blind date. I wanted no part of dating period.

When my best friend called with an offer to go out on a blind date, my first reaction was to laugh. She knew me better than that. Or so I thought. She insisted over and over as I had not dated since my divorce. A year is not that long; at least to me it wasn't. I was content to be without a date at all. She continued for days until I finally gave in. It was for Valentines Day. One of those parties I never really liked anyway.

As I got dressed I was apprehensive. This was not me. I never went on blind dates. I was hopeful that this would be an early evening. As I sat waiting, I tried to picture this halfway decent looking guy with white teeth and decent hair. I have this thing about teeth and hair. If those look bad, you just do not care for yourself.

Eight-o-clock rolled around and I heard the car horn blow. That was 1 strike against him because he did not come to the door for me. In those days that was the polite thing to do. When I got to the car he also stayed in the car rather than get out and open the door for me. At first I could not see him well in the dark car. We were introduced and as we passed the lights I could get a glimpse of him. He didn't look too bad but his hair was a night mare. Didn't that just figure. The very thing that I hate he had. Doesn't sound too bad to some but I was a hair dresser and his hair really needed something. It came down in the front almost like bangs and appeared to have 2 "cowlicks" or as some would call it, a double crown in the back. So of course he almost looked like he had horns. Oh well, I thought. It is just one date.

We arrived at the party and when we all got out of the car I noticed immediately that he was a good 4 inches shorter than me. How could your best friend do this to you. She knew I was pretty tall; add the heels and you had 5'9." I gave her an ugly look when she looked my way. Then we all started to dance and talk as you do at these things. I said something a bit funny, or so he thought, and he laughed so loud he was snorting. It wasn't even that funny. The worse thing of all came when I looked at his teeth. They were yellow. Looked like they had not been brushed in a year. Now I was really mad. I vowed to repay her somehow. It would not be pretty.

I managed to get through the evening and was looking forward to getting home and trying to forget it all. That would not be an easy task. All the way home poor Burt was determined to get a good night kiss in the back seat as he pretended to really like me. After having a 15 minute wrestling match, imagining kissing his teeth, we finally arrived at my house. Now he picks the time to be a gentleman and walk me to the door. We all know why he did that He was trying so hard to get that kiss that was never going to happen. I finally got frustrated with him and tried to push him away. Of course my hand slipped. As it did I hit him in the nose from the side causing a torrent of blood to ooze out. I knew I had cracked something. I ran one way and he ran the other.

Needless to say, there will be no more blind dates. There will definitely not be any on valentines day. I would have enjoyed having a glass of wine with myself and watching an old movie.

. As usual the reason for this date was so my "best" friend could go out with a gorgeous guy whose friend did not have a date. Wonder why? Maybe a haircut and a toothbrush would have helped.. I vowed to get her back someday. 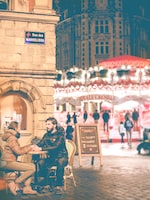 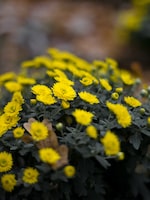 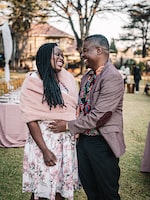 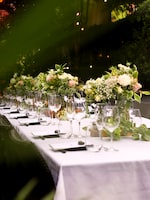