Are you ready to commit to long distance love and your man has cold feet? This is a tough situation, but I think that my experience can provide the right kind of advice for your long distance relationship to flourish. There are some very basic questions you need to ask yourself if he is afraid to get into the relationship. I think my advice below will not only help you identify the issue, but also find a remedy for it.

How well do you know each other? My girlfriend and I have been together for 10 months and we couldn't be happier. I think a lot of that has to do with the amount of work we do on building the actual bond between us. It began with a lot of old fashioned "getting to know each other". We really went from A to B to C in a stereotypical relationship. What do you do? Where did you go to college? Where are you from? Simple things like that go a long way in learning about person. Not only that but they segue into other conversations and subjects that will build even more links between you. Perhaps your man has some cold feet because he has reservations because his heart isn't convinced that he knows you well enough to commit. I think a great place to start if your man isn't interested is asking if your foundations are well built.

Physical Connection - Another place to look if your man is afraid to commit to a long distance relationship is the strength of your physical connection, and more specifically, his needs. This can be a tough one to "feel out" but men need a physical connection with their mate and the very definition of a long distance relationship makes that difficult.

Try to find out his physical needs without asking directly. You can pick up on his signals by the amount of touching he does while you two are together. Is he constantly holding your hand or twirling your hair? How often does he kiss you? How frequent are sexual interactions? I think you can get a pretty good idea of his needs by just reading the clues he is leaving, but if not than perhaps it is best to just come out and ask.

Be cognizant of the fact that these types of things can be difficult to talk about if you aren't used to it so tread lightly. Frame the conversation with smaller talk and then just come out with it. Say something like, "We both have needs from a physical standpoint and I just want to make sure you feel open to talk about yours." That will ease any awkwardness and hopefully he'll be able to express what is going on from that standpoint. If you don't think it is a lack of physical connection, nor you two not knowing each other well enough than lets look to his other options for some more reasons he is afraid to commit.

The third thing would be What are his other options? Think about this one long and hard because he might not be giving you the full story on why he isn't interested in jumping into a long distance relationship. My honest advice is that he may just be saying he is scared to commit to a LDR when in reality he just has other options. His other options might include other love interests or wanting to be single.

I think the hardest to spot is the latter: wanting to be single. This would be basically him saying to you, "I'd rather go it alone than commit myself to a long distance relationship". That is a very difficult thing to say if he cares about you, though, especially if he cares about your feelings being hurt. You must realize that the prospects of a long distance relationship are fairly grim so the long term gain must outweigh the difficult that is inherent in a LDR.

He might also have another love interest in mind. This could be difficult to compete with especially if that other person lives in the same area. If you suspect this is the case than you had better bring it up. "Are you afraid to enter into our relationship because there is someone else that is a closer distance to you?", is a great question to ask. If you don't ask and you suspect there is something like this than you'll regret it because you'll always wonder what is going on. You'll be beating yourself up checking his facebook everyday to see whether he is in a relationship or if there are pictures of him with someone else. My advice is to just be honest with yourself and analyze his situation; he may have other options that he feels are better routes.

Conclusively, the best long distance relationship advice is to just be really be honest in your evaluation of where your relationship is at in regards to how well you two know each other. He isn't going to commit to something that already has the odds stacked against him if he doesn't feel he knows you that well. Also, think about his other options and weigh the physical connection he will demand. 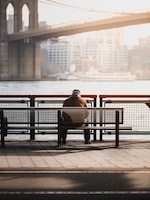 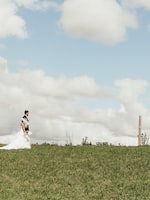 The Dos and Donts of Taking a Relationship Break 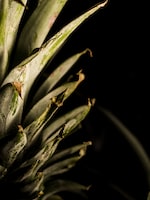 A Mans Guide to Effective Listening in a Relationship 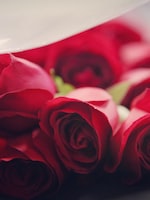