This article is geared towards those gentlemen who have accompanied their significant other to outlet malls. Most of us have experienced this at one time or another, standing around awkwardly, sometimes representing the entire male demographic in a store at any one time. We don't have much to do or look at, nor do we often know what we are supposed to be doing or looking at. I know I have gone through stores like Jones New York and Nine West and seen the hopeless looking faces on a desperately bored man. I have been that man myself.

Never fear, my fellow men, there are ways to survive such an outing. The problem is not that we as men have absolutely no interest in women's clothing or shoes. As we all know, clothing has super powers of accentuating women's bodies in a very positive and beautiful way. Who hasn't had their engine revved seeing his wife or girlfriend in a sizzling new set of lingerie or positively hot dress? So the problem isn't that we aren't interested in women's clothing, the problem is that we are totally uninterested in the means of procuring it.

The means of getting women's clothing involves going to places that offer plenty of choices. Thus, outlet malls are the perfect place for women to satiate their inner desires for hot dresses, cute shoes, and accessories. Unfortunately for men, these kinds of places cater overwhelmingly to the female population. Sure, we can find plenty of stuff that we need like sneakers, shorts, a good pair of jeans, or business wear. Unfortunately, men tend to shop for what they NEED at outlets, whereas women primarily shop for what catches their eye. This is where we run into problems.

Men at outlets finish their shopping very quickly, and as a result have essentially completed their mission, if they had one in the first place. This is ok, because even if you've bought what you want or need, you can still wander around the men's section of a clothing store and at least be greeted with familiar images. The real issue is when your lady wants to go into certain stores that have no men's clothing or shoes whatsoever. These kinds of stores comprise at least a third of the stores in any given outlet mall. And unfortunately, your lady is going to want to go into the majority of them. So what are men to do?

The biggest mistake any man can make is to give the IMPRESSION that he's bored in a women's only store. Your wife or girlfriend will know that you're bored to begin with, that's not an area of contention. However, making it very evident that you're frustrated and bored is not the way to go. Do not stand in one place, look at the floor or ceiling, or wait by the door. Also, do not tell her that you're going to wait for her outside. This has the effect of giving the impression that you want her to hurry up, and that her needs are less important than yours. Plus, you're essentially saying that you'd rather sit on a bench next to an elderly woman than be with her on a Saturday. Big mistake.

The main thing to remember is not to try and fake interest or knowledge in things you're oblivious about, but to take a semi-active role in what your lady is setting out to accomplish. Walk with her through the store, but don't crowd her so much that it makes walking awkward. If you can (this works especially well in shoe stores), keep pace with her on the other side of the display. That way when she finds something she likes, she'll be able to point it out to you, and you won't be so close that she'll trip over you. Just remember to stay moving and take in your surroundings, and pay attention to your wife or girlfriend when she speaks to you. I think you can all agree that that rule can be applied anywhere, not just at an outlet mall.

Now we get to the most important part of the outlet shopping experience in a store catering entirely to women. When your lady picks something off the racks and shows it to you, you need to give a response. Sometimes she will ask questions that are more difficult than others. The most common is when she asks "what do you think of this?" without offering an initial opinion herself. Here is when you're just going to have to bite the bullet and give a response based on your best judgment. Men often don't have an intricate knowledge of what styles women like, but most will be able to pick out something that is completely hideous. When in doubt, don't resort to extremes like "that's ugly." Take the middle ground and say that you think it's nice but aren't sure if it's something she would like. Just don't say "I don't know," or "I don't care." This is a one-way ticket to a very difficult rest-of-the-afternoon.

If she says something along the lines of "this is nice, what do you think?" then you're in much better shape. Don't simply say "it's nice." You need to incorporate your lady into your response to show that you care about the way she looks and also value her opinion. So if you say "I think you'd look really nice in that," or "that reminds me a lot of that sexy dress you wore last week," you're golden.

Remember in general that you're there not just for you, but also for your wife or girlfriend. It's a partnership, so you're going to have to share in that partnership even if you don't like certain elements. If you can't deal with this, then you're going to have many more difficulties in relationships aside from making it through a day at the outlets. As long as you stay active, but not too active during the venture, then you will come away much better. You will come off as someone sensitive to interests of your lady and both of you will leave the shopping outlets that day in higher spirits than if you come off as a sulking child while she is looking for things just for her. Remember, if we expect women to listen to us go on about action movies, sports, and video games, then we're going to have to give as much in return. Good luck! 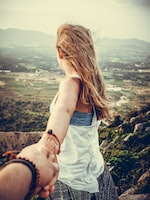 How to Approach Women 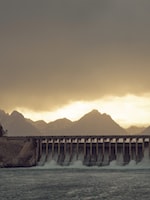 Synchronizing Your Sexual Moods and Preferences 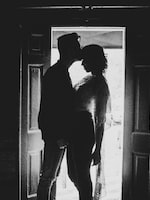 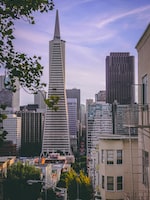