I recently read an article about the things men should remember about Valentines Day, and that got me thinking about the things women tend to conveniently forget about that day, and sometimes, their partners.

1. Valentines Day is not your day

Unlike your birthday, a special occasion, or even your anniversary, Valentines Day was not a day invented for you. It was not invented with you as a couple in mind. The reason that most guys don't seem to care that much about Valentines Day is because they understand that it isn't really all that special, no matter what light you put on it.

Remember, guys may not think Valentines Day is all that important. It is not really the same as ignoring your birthday or anniversary because he is too lazy, cheap, or insensitive to care about those important milestones in your life. Valentines Day is not a milestone for you two as a couple, so it is important to keep the "importance" of that day in perspective.

2. You always tell your guy you want an honest relationship...

...and forcing him to pretend to care about Valentines Day when he really doesn't is sending the wrong message. It says not "I want you to always be honest with me" but "I want you to lie to me when it means I get a fancy dinner or a bouquet of roses." No wonder guys are constantly surprising you with little white lies they've been telling you.

Let's fact it, we don't always care all that much about the things that our guys like. And yes, we will pretend sometimes to enjoy it to a certain degree in order to make him happy. But most guys are much less likely to be mad at you if you don't feign an interest in football than a woman is if her guy forgets to make reservations on V-Day. If you care a little less about the day, and listen to him when he says he really feels this way or that, you will foster a much more important aspect of your relationship, which is true honesty.

3. You should already know he loves you

You don't need a giant teddy bear or a $250 dinner to prove it. Again. Especially the longer you've been together. In this economy, it might even show he loves you more if he doesn't want to drop a months worth of grocery money on one meal.

Again, women, we have to face reality. We ALL like getting presents and feeling special. But pretending like we're unconvinced of our guy's love unless he does something specifically on V-Day (as opposed to ANY other day) is silly and only means you might have a fight instead of a pleasant night in. More importantly, if you really do believe that this means he doesn't love you, you probably have way more problems than what you are doing on the 14th of February.

If the point of V-Day is to feel special, and enjoy the company of your man, fighting about whether he took you to dinner is probably not going to fulfill that purpose. I know that when I let things go sometimes, when I sit for a minute and rationalize what it is I really want, I end up much happier and avoid unnecessary arguments. Also, your guy will be much happier, and enjoy your company more, making it a good Valentines Day for both of you. 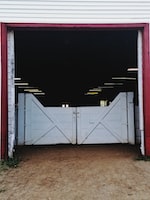 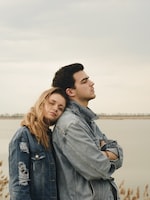 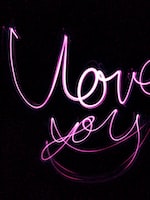 Falling in Love at First Sight Vs Growing in Love 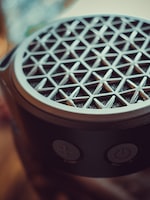